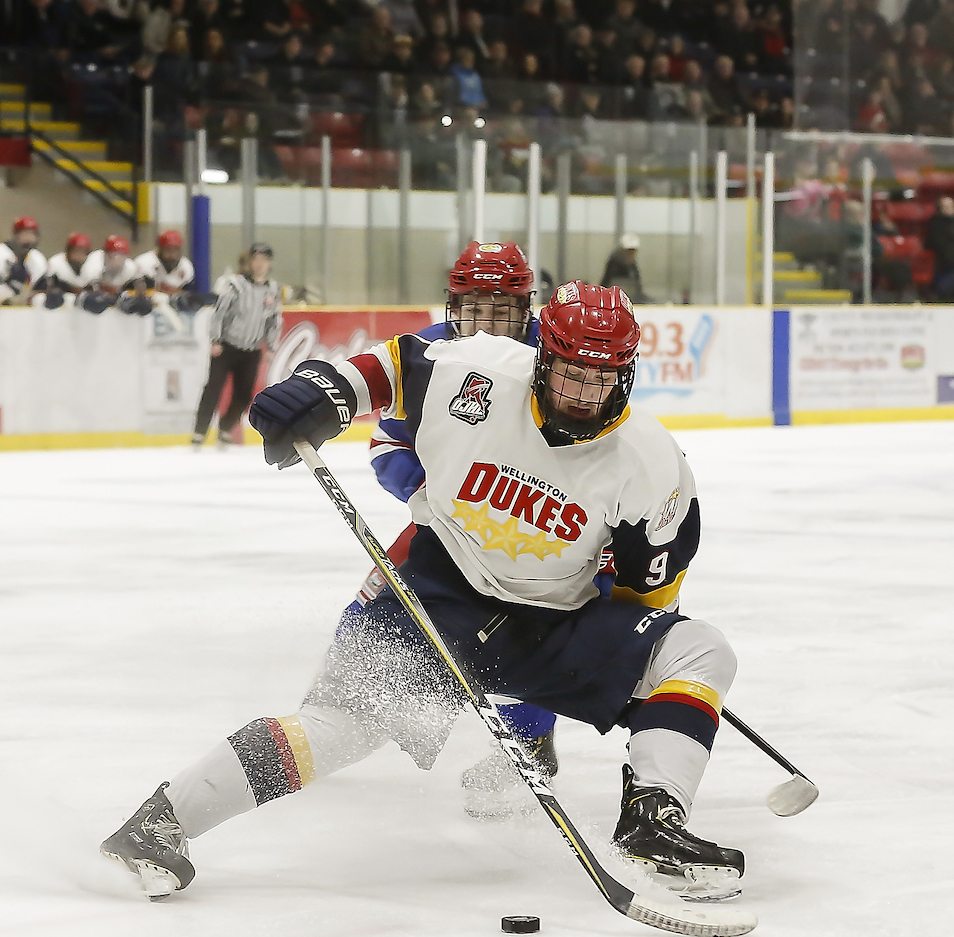 LIU announced the addition of men's ice hockey to its athletics department April 30.

"I chose to commit to LIU because it's always been my goal and dream to make it and play at the next level,” Humberstone said on the Wellington website. “It's going to be special to be part of the inaugural season for the LIU men's hockey program."

"I would like to personally thank Brett for his contributions to the Wellington Dukes organization,” Clement said. “I know he will continue to add to the progression of great players that excel at the NCAA level. Congratulations, Brett".

Humberstone, a native of Victoria, BC, came to the Dukes in a 2018-19 trade with the CCHL's Smiths Falls Bears. The rugged defenseman added offense and toughness to the Dukes back end.

In his first season with the Dukes, Humberstone put together an impressive season putting up 6 goals and 17 assists in 52 games. He was also a factor in the Dukes' run to the Buckland Cup final putting up 12 points (4 goals, 8 assists) in 23 games before falling to the Oakville Blades.

Coming into the 2019-20 season, he was named one of the team’s alternate captains. Humberstone's offensive numbers jumped to 34 points (5 goals/29 assists) in 51 games. Brett also added a goal in the playoffs versus Cobourg before the league was shut down.

Congratulations to Brett and best of luck in the NCAA!

The OJHL, the largest Jr. A hockey league in Canada, has had more than 115 NCAA, U Sports, CHL and professional commitments in 2019-20 – including more than 40 NCAA Division I scholarships.