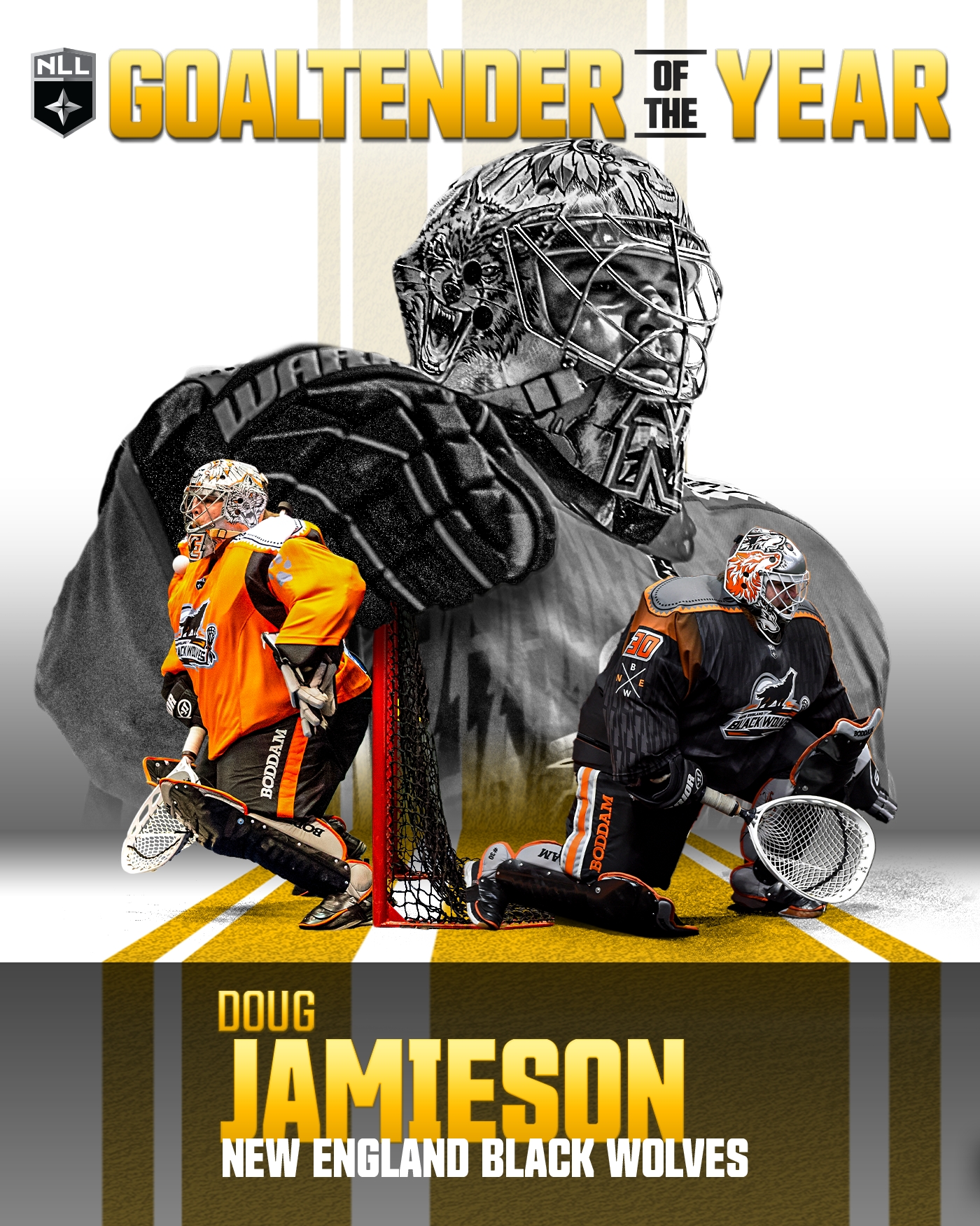 "Doug has matured into a top-end NLL goalie,” head coach Glenn Clark said. “When we drafted Dougie this is the trajectory that we thought he would take. He's been patient and professional in his development and we are seeing the benefits of his approach."

Jamieson helped lead the Black Wolves to an 8-3 record, which tied him for first in the league in wins. He concluded the season with 462 saves in 11 games and had the team on pace to have the fewest goals allowed in the league since the 2014 Edmonton Rush.

In addition to being named Goaltender of the Year, Jamieson earned a spot on the All-League First Team alongside teammate Callum Crawford. A top three finalist for MVP this season, Crawford led the league in goals (33) and points (76).

New England also secured two spots on the All-League Rookie team. Forward Andrew Kew and defenseman Joe Nardella were each named to the team after strong first year performances. Kew appeared in 10 games, scored 15 goals and tallied 27 assists which placed in third among rookies in points and tied for first in assists. Nardella known for his faceoff skills, appeared in 11 competitions and finished ranked first against rookies in faceoff win percentage (.578) and second in total wins with 160.

On April 8, the NLL announced the cancellation of the remaining regular season games and then announced on June 4, the decision to shift focus to the 2020-21 season. For more information about the New England Black Wolves visit, blackwolves.com.

National Lacrosse League Elects to Shift Attention to Next...