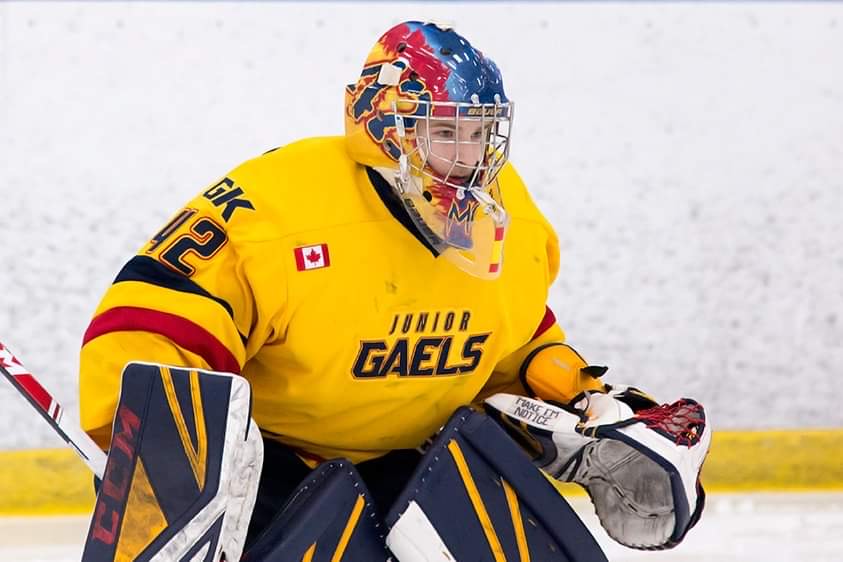 The Wellington Dukes have filled an important hole in their lineup for the upcoming season by signing goaltender Ethan Morrow from the Kingston Jr. Gaels AAA Minor Midget program.

The 6'0 165lb goaltender, from Kingston, ON was part of a duo with the Jr Gaels last season which included AP Nolan Lalonde. Morrow played in 19 games with the Jr. Gaels and recorded a 2.73 GAA during the regular season. Morrow also played in 6 playoff contest and was stellar posting a 2.15 GAA. Those numbers didn't go unnoticed by scouts both in the OHL and NCAA ranks. Ethan was selected in the 6th round, 105th overall by the Sudbury Wolves in the OHL Priority draft.

During his time with the Jr. Gaels, Morrow got to work first hand with Dukes Goaltending Coach Mike Murphy who had a lot of praise for the young goaltender. "Morrow is a goaltender to be excited about. With his skill set, focus and drive, Ethan has the potential to be a future star in the OJHL" said Murphy when asked about Morrow.

Choosing Wellington to continue his development was an easy choice for the local Morrow. "I chose Wellington because they have one of the best development programs in the league and have been a top team for many years. They have a long list of alumni and one of the best fan bases in the province. I am extremely excited about my rookie season with the Dukes and what's to come in the near future.