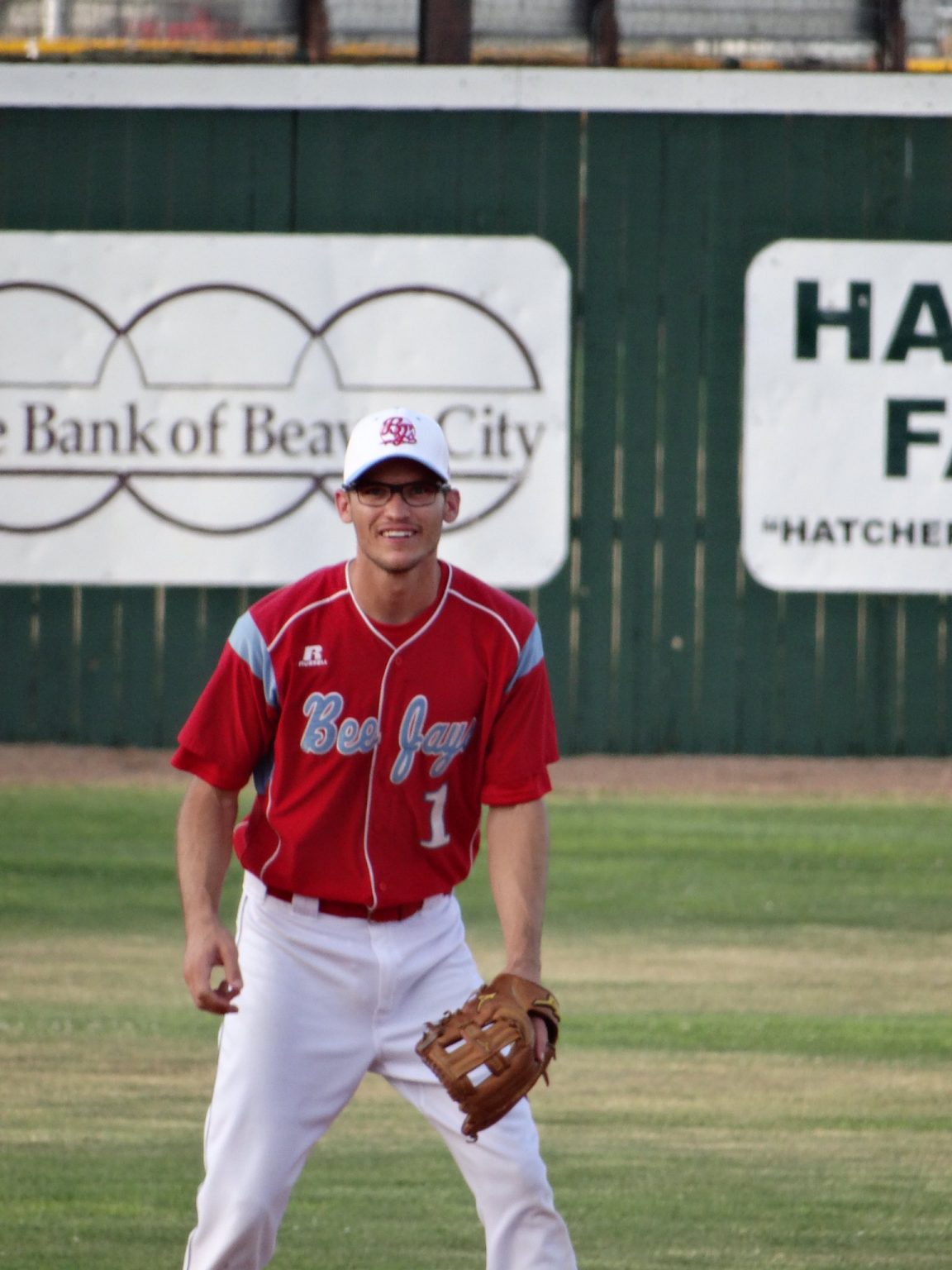 The Liberal Bee Jays lost for the first time since June 11 Monday night.  The Bee Jays experienced a rare sloppy night on the mound walking eight and beaning four paving the way for a 16-12 home loss to the Denver Cougars Monday night at Brent Gould Field.  The Rockies released Kelby Tomlinson who stepped in a played for the BJ's Monday night.  It was his first appearance in a BJ uniform since 2011.

The Bee Jays got off to a strong start.  Liberal scored five in the first inning after RBI singles by Cayde Ward and Wyatt Grant.  Bryce Donovan blasted a three run homer to left to make it 5-0.  Denver scored three in the second.  Tomlinson launched to left for a homer in the second to make it 6-3.  The Cougars scored four runs in the third for a 7-6 lead.  Aiden Shepardson doubled home a run in the third to tie the game.  But Denver broke through in the fourth with five runs and two homers to lead 12-7.  Wyatt Grant singled home a run in the fourth to make it 12-8.  Denver added a fifth inning run to lead 13-8.  The C0ugars tacked on one in the eighth and two in the ninth while Liberal scored two in the eighth as Jack Malone singled home a run and Liberal scored two in the ninth ad Grant doubled to lead off the inning and Donovan doubled him home.  Caeden Trenkle grounded out to score a run.

Liberal out hit Denver 14-12 but walks and beanballs were an issue.  Liberal falls to 11-2 and Denver is 11-4.  The same two teams play Tuesday night at 7 at Brent Gould Field with the Dugout Show at 6:45 on 1270 and kscbnews.net.  Southwest Medical Center is the buyout sponsor and will give away a cooler and 250 dollars worth of BJ merchandise.

Another Manic Monday for Bee Jays