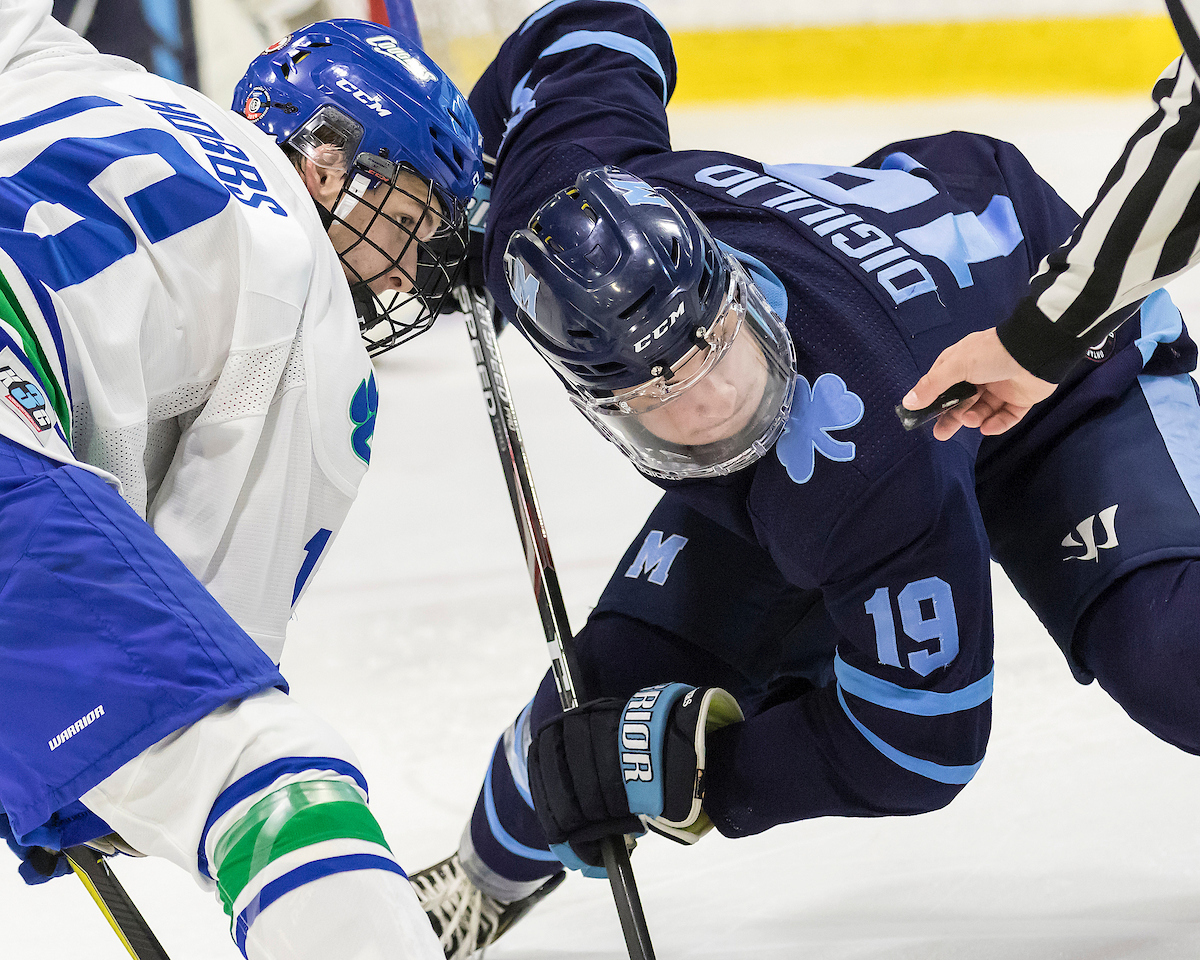 The forward from Maple played minor hockey in the GTHL for the Toronto Red Wings, Vaughan Kings and Toronto Jr. Canadiens organizations. DiGiulio was a 12th-round selection of Saginaw in the 2015 Ontario Hockey League draft.

He entered the OJHL with the Jr. Canadiens junior A team in 2016 and was traded to the Milton IceHawks the following year.

DiGiulio spent the past two seasons with St. Mike’s, scoring 19 goals while adding 28 assists in 101 games.

‘We are happy for Matteo and his commitment to Adrian College,” said Buzzers head coach and general manager Rich Ricci. “Matteo is a big, physically mature kid that seemed to find a complete game here as a Buzzer. Matteo has an extremely heavy shot and was an excellent draw man on faceoffs, He possessed an extremely heavy shot and a willingness to throw the body around. A mature kid, Matteo will excel and compete for Adrian in the classroom (Business Studies) and on the ice.”

Other OJHLers to commit to Adrian for next season include Dershahn Stewart of the Cobourg Cougars, Toronto Jr. Canadiens Mathew Rehding and Chase Spencer, Wellington Dukes teammates Dawson Ellis and Jacob Breckles and Connor May of the Stouffville Spirit.

Congratulations to Matteo and best of luck in the NCAA!

The OJHL, the largest Jr. A hockey league in Canada, has had more than 100 NCAA, U Sports, CHL and professional commitments in 2019-20 – including more than 40 NCAA Division I scholarships.