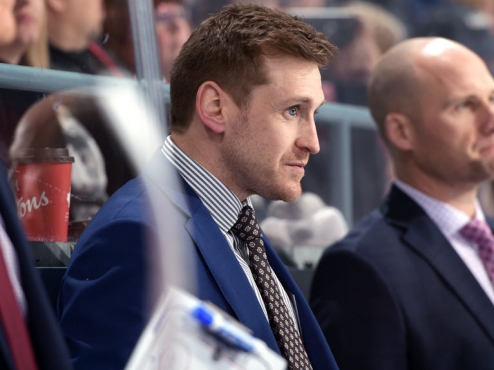 The Kitchener Rangers announced Thursday that the team has signed former Ontario Junior Hockey League player Mike McKenzie to a contract extension as the club’s General Manager through the 2024-25 season.

McKenzie, the son of TSN Hockey Insider Bob McKenzie, is from Whitby.

“In March 2017, Mike was announced as the Rangers’ General Manager as he had clearly demonstrated a work ethic and skill set that would provide him the opportunity to climb the ranks in the OHL,” said Rangers Chief Operating Officer Steve Bienkowski.

“During the last three seasons, my opinion has been further cemented watching his draft, recruitment and management skills. He has demonstrated both a caring side for our players and staff and, at the same time, understood he is also responsible for making difficult decisions at times; both necessary skills of a senior leader of any organization.”

“Mike had two years remaining on his original contract and the organization is excited to have reached an extension agreement. Mike and his family have made a further commitment to the Kitchener Rangers and our community that will extend through the 2024-25 season.”

“I can’t express how excited I am to continue my journey with the Rangers,” said McKenzie, who also acted as the team’s interim head coach since November 2019 until the end of the 2019-20 season.

“The Rangers organization and Kitchener-Waterloo community holds a special place in my heart and always will. I have learned so much and met so many great people in my time here.”