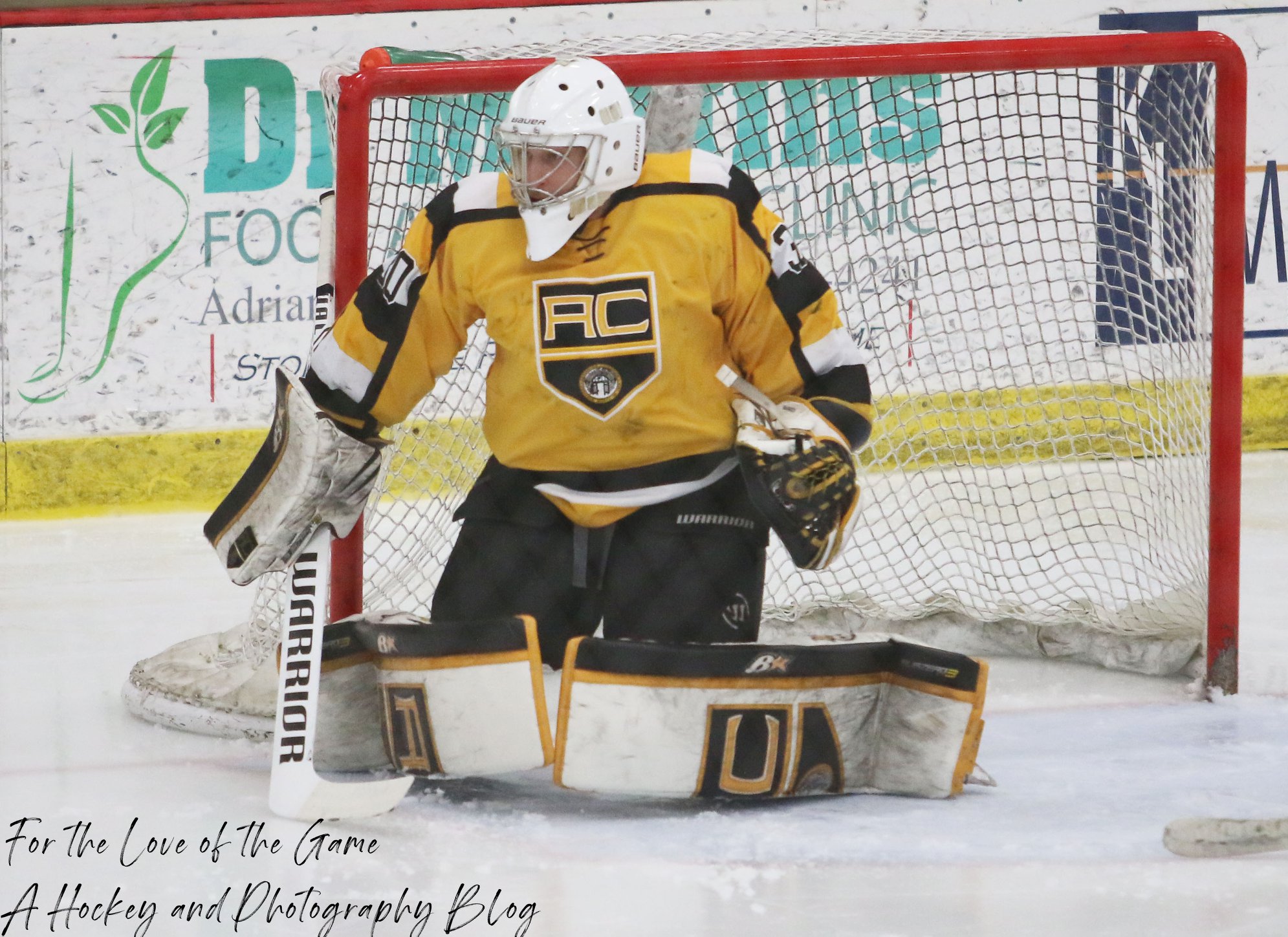 No. 2 Liberty Sweeps No. 1 Adrian to Give Bulldogs First Losses of Season

UNION LAKE, Mich. – (February 26, 2020) – For the fifteenth consecutive ranking, Adrian College (25-2-0) remains in the top spot in the 2019-2020 American Collegiate Hockey Association Men's Division 1 Ranking No. 17 despite losing its first two games of the year on road at No. 2 Liberty University.  It was déjà vu both Friday and Saturday as the Flames scored the game-winning goal in the last minute of regulation to snap the Bulldogs 25-game winning streak.  Friday, Josh Fricks took a perfect back-door pass from Arturas Laukaitis on the power play and buried it to send the crowd at the LaHaye Ice Center into pandemonium with only 0:54 left in regulation for the 2-1 triumph.  Saturday, it was Garrett Nelson’s turn for the heroics as he took the 2-on-1 pass from Arturas Laukaitis and scored with merely 0:43 left to seal the 4-3 victory.  For the season, the teams split the 4-game series with each team winning its two home contests.

No. 3 Lindenwood University (23-7-0) swept its home conference series with Iowa State University at the Centene Community Ice Center in Maryland Heights, Mo., winning comfortably 4-1 on Saturday before being pushed to overtime and then 9 rounds of a shootout on Sunday before Nick Greene delivered the winning shot past Cyclone goaltender Nikita Kozak, who finished with 42 saves.  The Lions pumped 47 shots on goal on Kozak on Saturday but it remained a one goal game into the third period until a pair of goals 4:26 apart by Hayden Ursulak gave Lindenwood enough breathing room to subdue the Cyclones.

No. 4 Ohio University (22-8-4) swept a pair of closely contested non-conference games against University of Pittsburgh.  Friday, defenseman Jake Houston broke the 5-5 tie with only 4:40 left in the third period and the Bobcats added an empty-net goal for a 7-5 victory.  Despite the 12 goals scored, there were only 44 combined shots on goal in the game.  Saturday, the goaltenders found their game as Jimmy Thomas turned aside 29 shots and four different players found the back of net for a 4-1 Bobcat conquest.  Despite the defeat, Panthers goaltender Matt Snader repelled 31 shots on goal.

Minot State University (15-4-3), the defending Men's Division I National Champions of the American Collegiate Hockey Association, rounds out the top 5 after sweeping University of Mary in a home-and-home series (5-3, 3-2 OT).  The Beavers took care of the Marauders on Friday night, but Saturday they needed to come from behind in the third period to send the game into overtime.  Davis Sheldon knotted the score at 2-2 and then scored the game winner just 0:35 into the extra session for the 3-2 overtime win.

The eighteenth ranking of the regular season will be released on Wednesday, March 4, 2020.