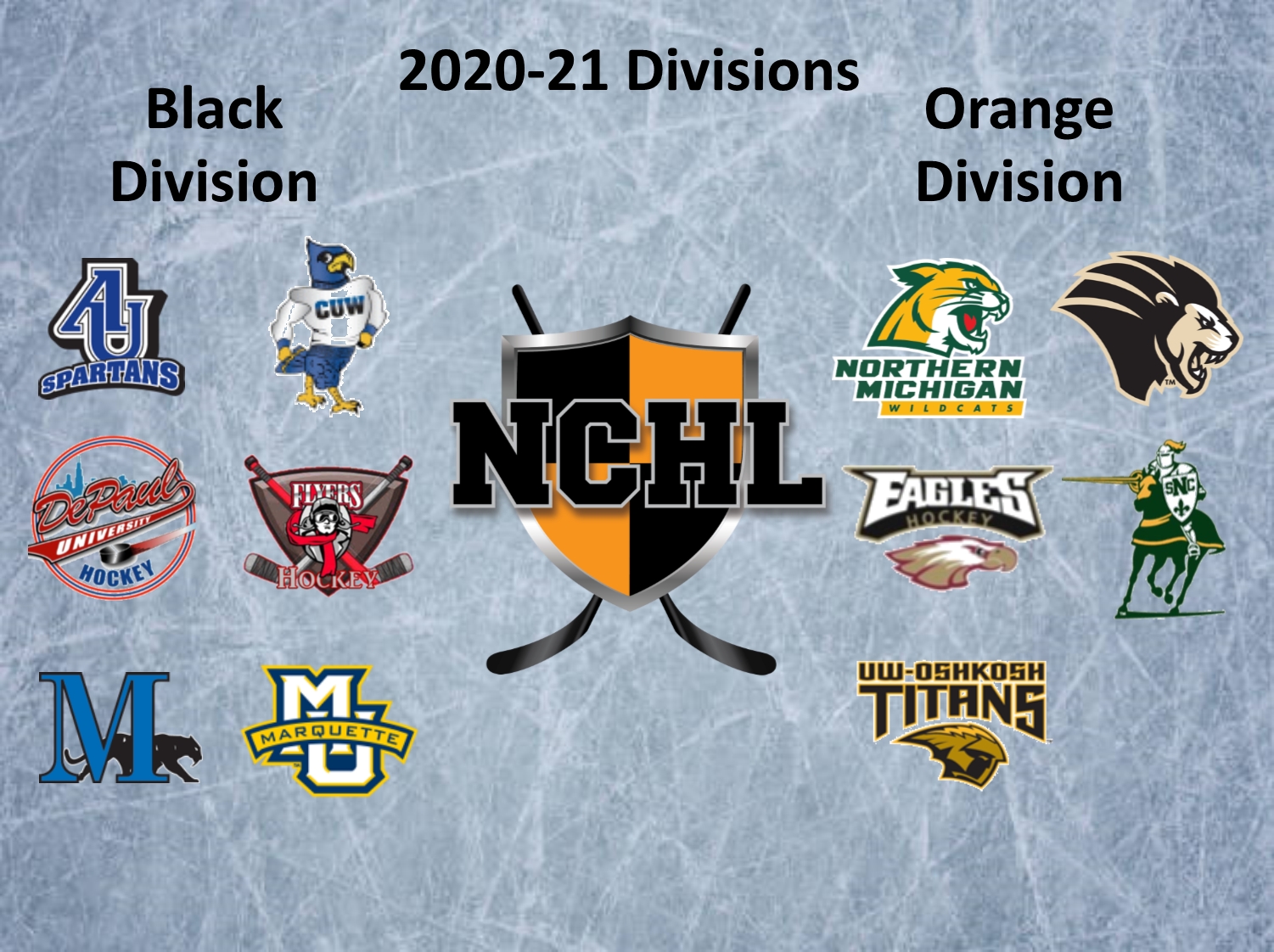 At the NCHL’s annual meeting the details of their new divisional structure were ratified. So, starting next season the NCHL’s 11 member teams will be broken into two divisions, Black and Orange. The league was expanding for the 2020-21 season, having accepted Purdue University Northwest and St. Norbert College for membership and was now large enough where divisions were necessary. According to Dan Breunig, NCHL Commissioner, “what makes this new divisional structure interesting is that the makeup of the divisions will change from year to year, keeping the interest level high.”
How it will work is the top six ranked teams, along with any team who places within the top 20 of the ACHA’s final rankings, will be placed in the Black Division and the remaining teams will comprise the Orange Division. Teams are only required to play teams from their division. However, the NCHL wanted to keep the ability for rivalry games to exist if the two teams are in different division so they have encouraged interdivisional games. “This gives the membership more freedom in setting their schedules, while being fiscally responsible, and the ability to play deeper non-conference schedules,” said Breunig.
Each division will also play for their own championship, with the top four teams in the respective divisions qualifying, and the seedings will be based on points accrued from their divisional series. Breunig stated, “the membership sought a way to keep teams interested as the season wore on and this gives teams who are having a down year or rebuilding a chance to play for something meaningful.” The Hap Cup, which currently went to the conference tournament champion, will stay with the Black Division and the Orange Division will play for Breunig’s Goblet.