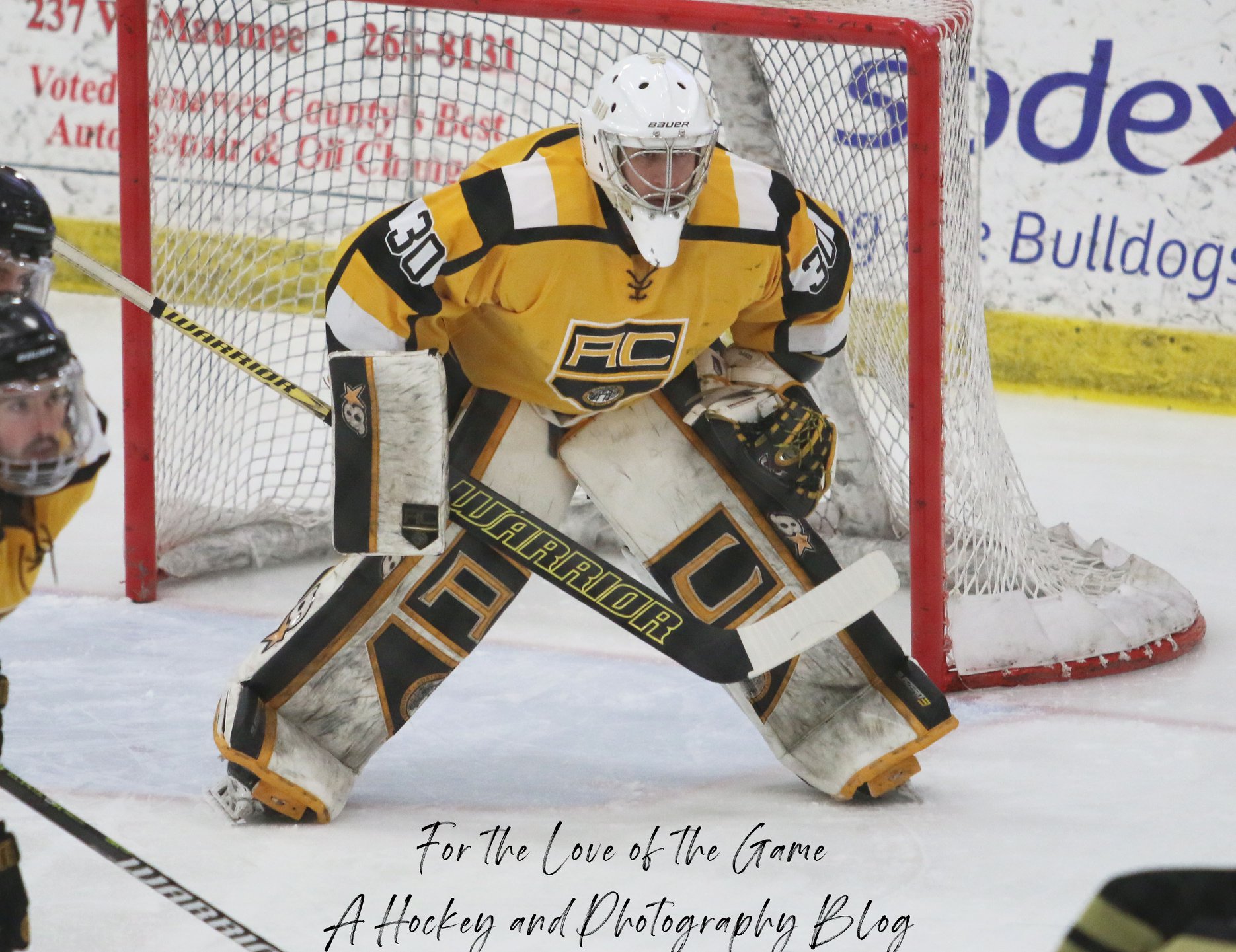 UNION LAKE, Mich. – (February 5, 2020) – For the twelfth consecutive ranking, Adrian College (22-0-0) remains in the top spot in the 2019-2020 American Collegiate Hockey Association Men's Division 1 Ranking No. 14.  The Bulldogs got its 21st and 22nd victories of the season after sweeping Calvin University in a home-and-home conference series (9-0, 7-1), as Brenden Stanko, Chris Donaldson, and Henrik Overvall each had a pair of goals as thirteen different Bulldogs notched a goal in the weekend series.

No. 2 Liberty University (23-4-0) swept Rhode Island in the friendly confines of the LaHaye Center in a pair of conference games (6-0, 7-1).  Arturas Laukaitis led the way for the Flames with two goals and three assists while Josh Fricks and Cole Gammer each chipped in two goals and two assists.  Hunter Virostek turned aside 31 of 32 shots to get the win both nights in goal.

No. 3 Lindenwood University (17-7-0) split its series with University of Oklahoma at the Centene Community Ice Center in Maryland Heights, Mo.  The Sooners upset the Lions 3-1 on Friday night as Phil Babb was spectacular in goal making 54 saves before Isaac Bosse broke a 1-1 tie with only 1:03 left in the 3rd period for the game-winning goal.  Trevor Finch added an empty net goal for the final margin of victory.  Saturday, the Lions pumped another 52 shots on Babb, but were finally able to solve him for three goals and come away with a 3-1 win.  Hayden Ursulak got the game winner early in the second period while Victor Lombardi and Tommy Heinzman nothched the other Lion goals.

No. 4 Minot State University (13-4-3), the defending Men's Division I National Champions of the American Collegiate Hockey Association, defeated Dakota College 7-0 at the Bottineau Community Arena in its only game of the weekend.

The University of Arizona (22-3-3) rounds out the top 5 after three conference road wins in the state of Colorado.  The Wildcats started with a 4-1 win in Fort Collins over Colorado State University as Anthony Ciurro turned aside 30 shots on goal.  Arizona then traveled down the road to Boulder and swept a pair of games over University of Colorado (4-2, 7-1) as Greg Malafronte tallied six points (3 goals and 3 assists).

Moving into the polls this week is No. 25 Robert Morris University Illinois while McKendree University drops out of the Top 25.

The fifteenth ranking of the regular season will be released on Wednesday, February 12, 2020.

Arizona embraces accomplishments in wake of postseason can...