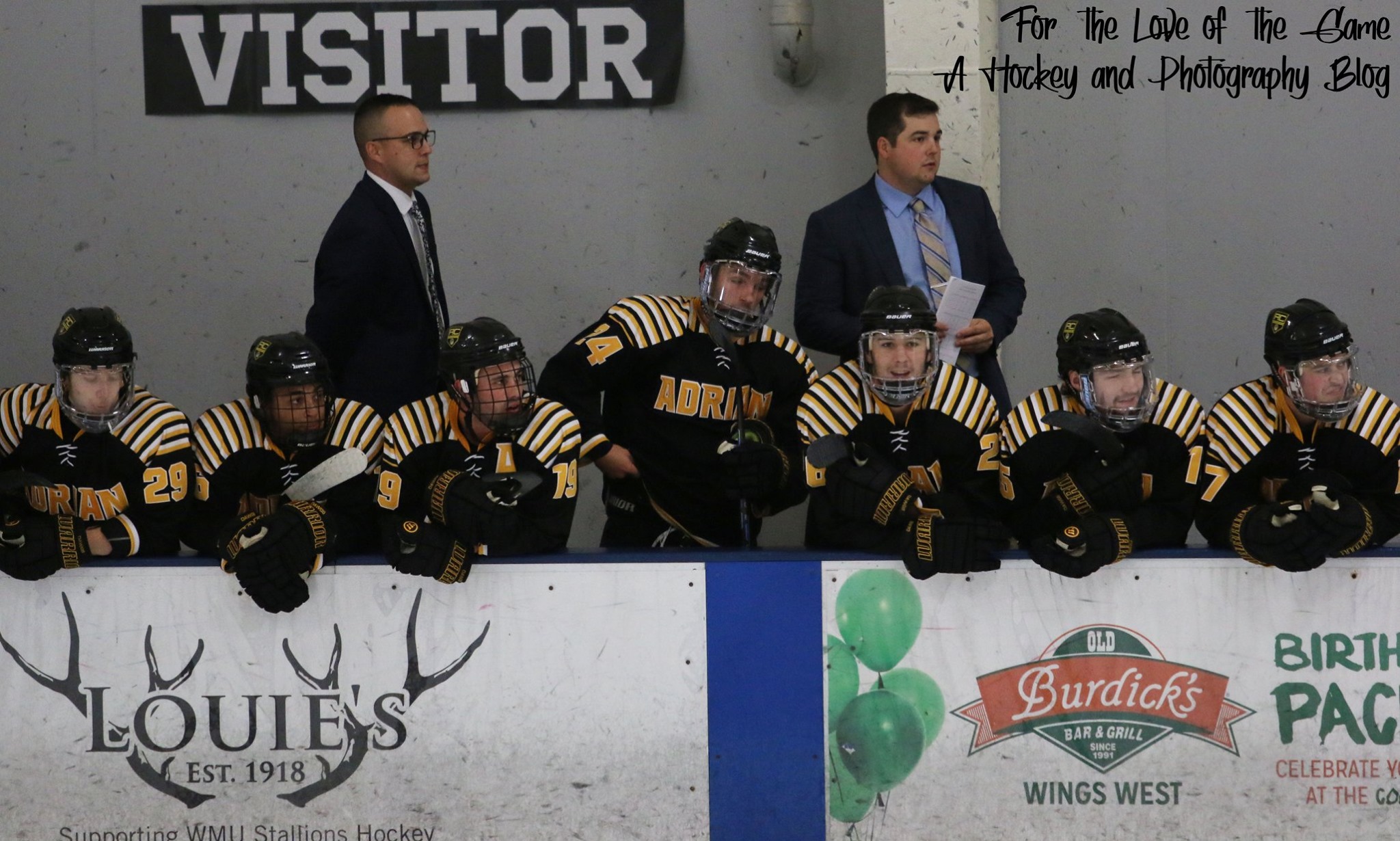 Bulldogs Start 2020 With A Home-and-Home Sweep Of No. 23 Oakland

UNION LAKE, Mich. – (January 22, 2020) – For the tenth consecutive ranking, Adrian College (18-0-0) remains in the top spot in the 2019-2020 American Collegiate Hockey Association Men's Division 1 Ranking No. 12.  The Bulldogs swept a home-and-home series with No. 23 Oakland University, beating the Golden Grizzlies 6-3 on Thursday night at Arrington Ice Arena.  On Friday evening, Adrian scored 9 goals in a 9-3 rout of Oakland at the ONYX.  Adrian hosts Robert Morris (IL) University this upcoming Saturday and Sunday.

No. 2 Liberty University (19-3-1) opened 2020 with a sweep of No. 23 University of Delaware at the LaHaye Center in Lynchburg, Va.  Friday night saw the Flames beat the Blue Hens by a score of 5-2.  Liberty followed up the next evening by breaking into double digits, beating Delaware in a 10-3 romp.  Liberty travels to No. 6 Stony Brook University for a pair of games this weekend.

No. 3 Lindenwood University (13-5-2) moves up a spot in the rankings after a road sweep of Robert Morris (IL) University at the Edge in Bensenville, Il. The Lions took care of business on Friday night with a 5-2 win over the Eagles.  On Saturday, Lindenwood secured the sweep with a 3-1 victory over RMU-IL.  Lindenwood hosts No. 7 Ohio University this weekend at Centene Community Ice Center in Maryland Heights, Mo.

No. 4 Minot State University (13-2-3), the defending Men's Division I National Champions of the American Collegiate Hockey Association, dropped one spot in the rankings after a 2-1 shootout loss to No. 13 University of Jamestown on Friday evening.  The game was played in blizzard conditions on an outdoor rink on the Jamestown campus as part of the Hockey Day North Dakota 2020 festivities.  Tied at one after regulation, the shootout went 14 rounds before the Beavers surrendered the game-winner.  Minot State will seek immediate redemption in a home-and-home series against Jamestown this weekend.

The University of Michigan-Dearborn (14-5-3) rounds out the top 5 after splitting a weekend series with No. 8 Indiana Tech University.  The Wolverines dominated the Warriors on Friday night by a score of 6-1 but lost the next night by a score of 5-2.  UM-D took full advantage of the holiday weekend and also played No. 6 Stony Brook University on Sunday, losing 4-3 to the Seawolves.  Michigan-Dearborn plays No. 19 Aquinas College in a home-and-home series this weekend.

The thirteenth ranking of the regular season will be released on Wednesday, January 29, 2020.

No. 2 Liberty sweeps No. 1 Adrian on another last-minute g...