Hockey / ADRIAN IS NO. 1 FOR 9TH CONSECUTIVE WEEK IN ACHA M1 RANKING 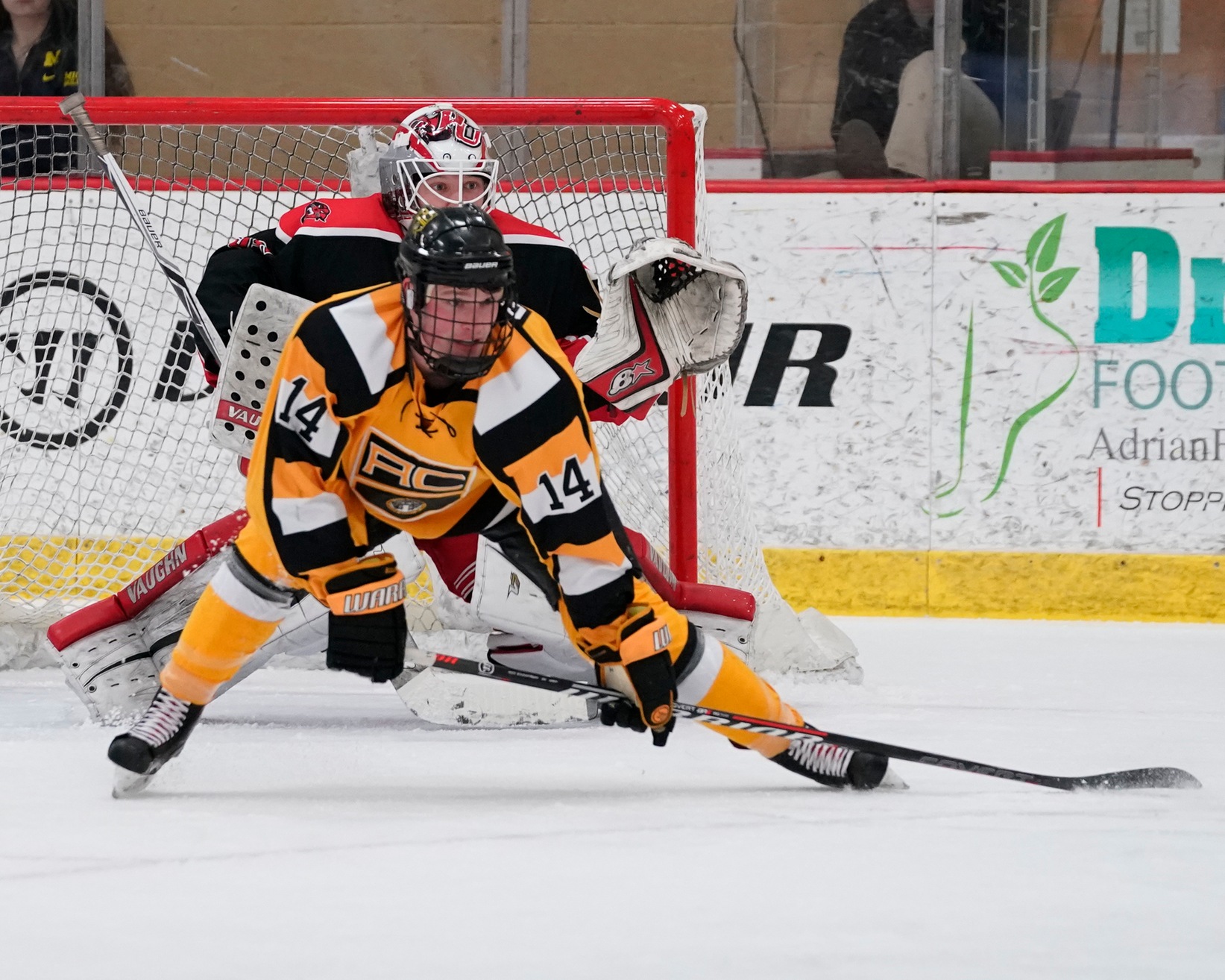 UNION LAKE, Mich. – (January 15, 2020) – Adrian College (16-0-0) enters the new decade with the top spot in the 2019-2020 American Collegiate Hockey Association Men's Division 1 Ranking No. 11.  The Bulldogs were idle and start their 2020 portion of the season with a home and home conference series with Oakland University.

No. 2 Liberty University (18-3-0) was also idle to begin 2020 and will jump back into action this weekend when it hosts No. 23 University of Delaware at the LaHaye Center in Lynchburg, Va.

No. 3 Minot State University (13-2-2), the defending Men's Division I National Champions of the American Collegiate Hockey Association, played a total of five games over the ranking period and won four of them.  The Beavers swept University of Jamestown to end 2019 (4-1, 2-0), as Blake Fournier and Drew Carter paced the Beavers offense with a pair of goals each.  The Beavers began 2020 by traveling to Las Vegas, Nev., where it ending up splitting a pair of games with host University of Nevada-Las Vegas and beating Grand Canyon University (8-1).  Minot State defeated the Rebels 5-2 on Thursday night as Johl Swedlo had the three goal hat trick and Joshua Bykowski made 26 saves in goal.  Sunday, however, the Rebels upset the Beavers 6-3 as John Moeller had the three goal hat trick.

No. 4 Lindenwood University (13-5-0) swept Missouri State University at the Centene Community Ice Center in Maryland Heights, Mo.  Tommy Heinzman and Vegard Faret tallied goals in each game to pace the attack.  Cooper Seedott got the wins, stopping a total of 42 shots, while the Lions peppered the Bears goaltending duo of Bailey Stephens (47 saves) and Brady Griffin (45 saves) with over 50 shots on goal each night.

Ohio University (15-4-3) rounds out the top 5 as it was able to sweep a pair of conference games over University of Illinois.  Friday night, the Bobcats trailed by two goals heading into the third period but Tyler Harkins knotted the score at 4-4 with only 1:01 left in regulation before burying the game-winner in overtime for the three goal hat trick on the night.  Gianni Evangelisti added a goal and assisted on all three of Harkins’ goals.  On Saturday, it was more Harkins magic as he potted two goals while goaltender Jimmy Thomas turned aside 23 shots as the Bobcats won 3-1.

The twelfth ranking of the regular season will be released on Wednesday, January 22, 2020.