Hockey / OJHL REF GETS CALL TO WORLD JR. A CHALLENGE 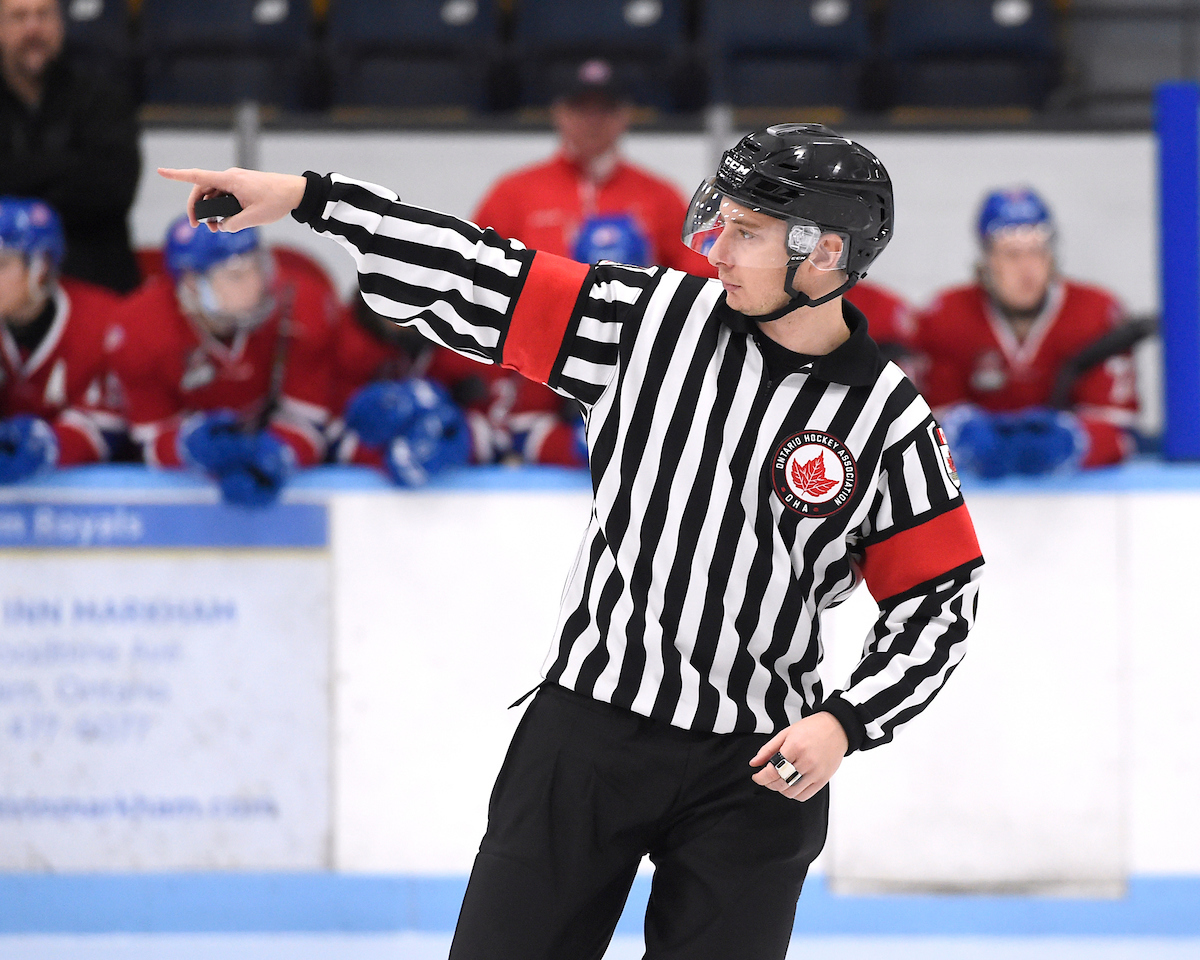 Josh Schein is the only referee from eastern Canada selected to work next week’s World Jr. A Challenge in Dawson Creek, BC. (Photo by Andy Corneau / OJHL Images)

It’s not just high-end hockey players headed to the 2019 World Jr. A Challenge in northern British Columbia this week.

A select group of on-ice officials have also made the grade, including one from Ontario who is very well known across the Ontario Junior Hockey League and beyond.

The World Junior A Challenge runs from Dec. 7 to 15 in Dawson Creek, BC.

“Whether you’re an official or a player, it is a huge honour to be selected to represent your country and fellow officials at a World Championship,” said Rob MacGregor, Director of Officiating for the OJHL

“Josh is a great official who has worked very hard as establishing himself as one of the premier officials in our league. He will do an outstanding job in Dawson Creek. These are the type of assignments that all officials aspire to be chosen for and Josh should be very proud of achieving a goal that many aspire to achieve but only a handful actually get to accomplish.”

“Very excited and honoured to be selected for such a prestigious event,” the Toronto resident told the OJHL, “especially being the only official from eastern Canada.”

Hired by the parent Ontario Hockey Association as a linesman in 2010, Schein was promoted to referee in 2016.

He’s worked Jr. C and A finals and the 2017 Dudley-Hewitt Cup in Trenton.

Schein was the 2015-16 Ivan Locke Award winner as the Top Prospect Referee in the OHA.

His first International assignment was an exhibition game between Canada’s World Junior Championship team and the USports All Stars in Niagara.

Schein wasn’t one of those kids who came to admire the on-ice officials after a lengthy career playing the game.

He didn’t begin playing until midget – in house league. He moved up to the select level and then played three years for Humber College

He is a solid skater thanks to roller-blading extensively as a kid.

He can thank his dad who signed him up for Canadian School of Officiating in the summer of 2006 “for something to do.”

“And before you know it, here I am,” he said last week.

Schein, who sells TV advertising for Corus Entertainment by day, has “no aspirations of working” the pro ranks.

The toughest part of the being a referee?

“Mental toughness,” he said. “The ability to stay confident, while being criticized by everyone involved and maintaining that confidence between the good games.”

Eight players from the Ontario Junior Hockey League were named to Team Canada East’s 22-man final roster ahead of the 2019 World Junior A Challenge.

The OJHL had the most players named to the roster of any league in eastern Canada.

The Burlington Cougars have a pair of defencemen on the team: Richard Coulson and Brendan Kennette.

OAKVILLE NO. 8 IN NATIONAL RANKINGS

HAWKS FALL TO COUGARS, REMATCH SET FOR FRIDAY IN TRENTON

GOLDEN HAWKS TO CLASH WITH COUGARS TONIGHT IN THE HANGAR