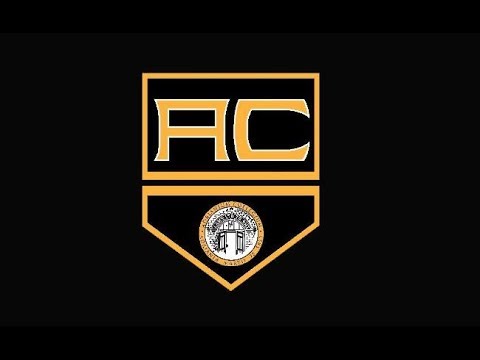 UNION LAKE, Mich. – (November 20, 2019) – Adrian College (12-0-0) maintains the top spot in the 2019-2020 American Collegiate Hockey Association Men's Division 1 Ranking No. 8.  The Bulldogs shutout Eastern Michigan University both nights to sweep their conference series.  Emanuel Silverio paced the attack with 4 goals and 3 assists while Rainer Glimpel had 2 goals and 4 assists on the weekend.

No. 2 Minot State University (9-1-2), the defending Men's Division I National Champions of the American Collegiate Hockey Association, swept Iowa State University at home by identical 3-1 scores to move up two spots this week.  Goaltender Joshua Bykowski shut down the Cyclones offense by making 50 saves on 52 shots while Jordan Robertson chipped in a goal both nights.

No. 3 Lindenwood University (10-4-0) hit the road and were unceremoniously swept by nemesis University of Central Oklahoma.  The Lions couldn’t solve Broncho Goaltender Alex Henry, who stonewalled their attack by making 47 saves each night.  Cooper Krauss had a pair of goals, including the game-winner, on Friday while Vitalii Mikhailov achieved the same feat on Saturday, as the Bronchos took the season series three games to one.

No. 4 University of Michigan-Dearborn (11-1-1) brought the brooms on the road to Hartland Sports Center and promptly swept host Cleary University (4-0, 11-2).  Goaltender Thomas Proudlock was efficient making 30 saves on 32 shots while Nic Laburn had 3 goals and 5 assists for the Wolverines.  Mathieu Laforest had the three goal hat trick in Saturday’s contest.

Rounding out the Top 5 is University of Arizona (13-2-2), which swept Western Michigan University at the “Madhouse on Main Street” in Tucson, Ariz.  Max Meyer notched two goals and two assists while Anthony Cusanelli dished out three helpers to pace the Wildcats attack.  Stallions goaltender Alex Hufford made 64 saves on the weekend in a losing effort

The ninth ranking of the regular season will be released on Wednesday, November 27, 2019.

Ice Bears try to battle out of slump

No. 12 Illinois drops two-game series to No. 25 Iowa State