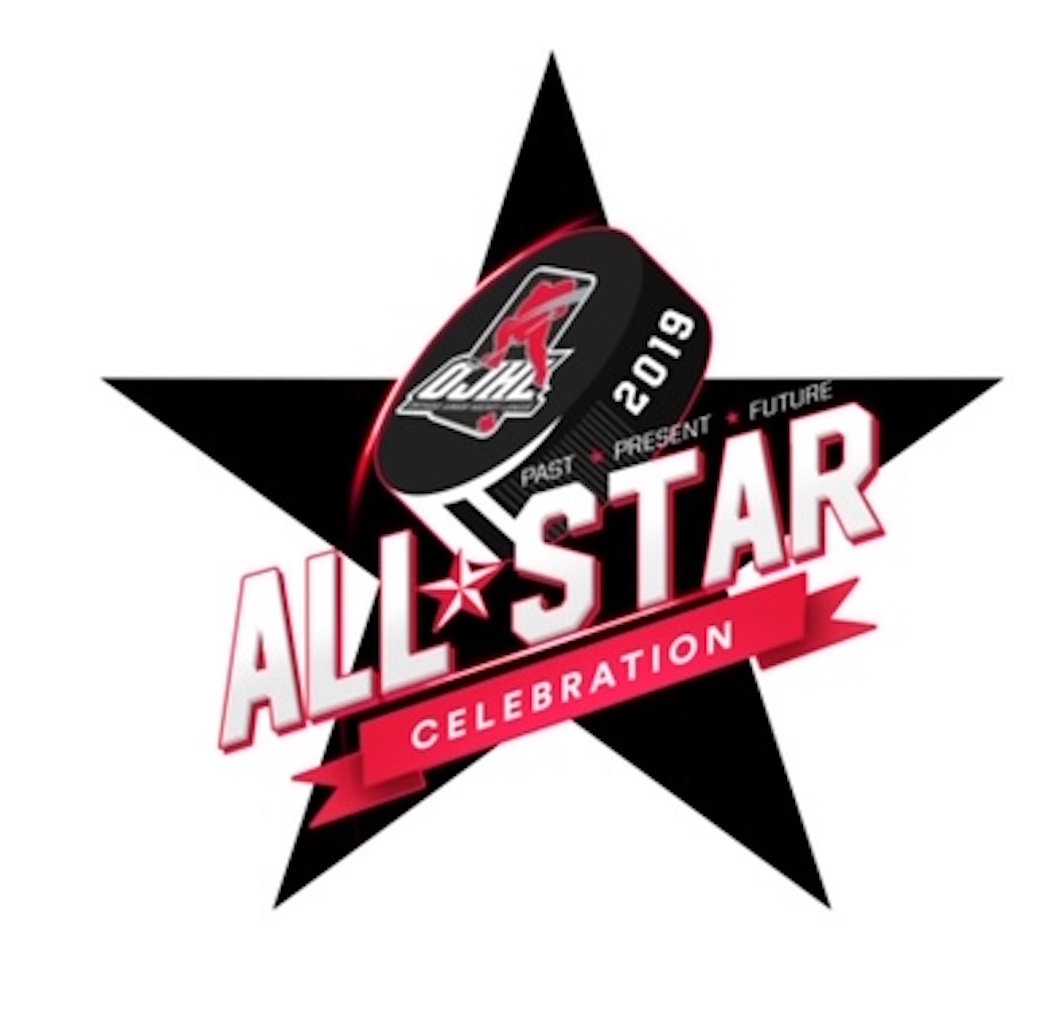 November 14, 2019, Mississauga, ON – The Ontario Junior Hockey League today announced the rosters for its teams that will face off in the OJHL Prospects Game during the All-Star Celebration in the OJHL November 30, 2019 in Oakville.

The festival, held at Sixteen Mile Sports Complex, promises to be a day-long celebration of the game, including games, clinics, presentations and a free public skate.

The teams are named in honour of two childhood friends from Durham Region who are now playing in the NHL.

The North/West Prospects will play on Team Caggiula, named for Chicago Blackhawks forward Drake Caggiula. The MVP of the 2012 OJHL playoffs played two seasons for the Stouffville Spirit. He signed as a free agent with the Edmonton Oilers following four years at the University of North Dakota.

The South/East Prospects are on Team Shore, named in honour of former Whitby Fury forward Devin Shore. Shore was a second-round pick of the Dallas Stars from the Fury in the 2012 NHL draft. He then played three seasons at Maine. Shore now plays for the Anaheim Ducks.

Caggiula and Shore played played eight years of minor hockey together in the Ajax-Pickering Raiders organization.

The event’s centrepiece is the OJHL All-Star Game at 3 p.m. The game will feature the best players from across the 22-team OJHL as selected by the league’s competition committee.

All-day admission is $5 with all proceeds going to the OJHL Foundation. The All-Star game will be broadcast live across the country on CHCH-TV. It’s the first of nine OJHL on CHCH telecasts shown on Saturdays during the 2019-20 season.

Festivities begin at 9:30 a.m. with a one-hour initiation program clinic for Oakville minor hockey players with the ice donated by Goodlife Fitness.

OJHL graduates will play in the alumni game at 10:30 a.m. Alumni will learn how the league’s Foundation assists players during a postgame presentation.

The free public skate is on from 1:30-2:15 p.m with the ice sponsored by Goodlife Fitness.

A one-hour, on-ice skill development clinic is scheduled for 5:45 p.m. The clinics are being conducted by the Ontario Junior Hockey League and sponsored by Goodlife Fitness.

An All-Star game for OJHL Affiliate Players begins at 12 noon. Players will be selected by the Ontario Junior Hockey League with final approval from the Ontario Hockey Federation.  Rosters for the AP teams will be announced later this month.

About the OJHL Foundation

The OJHL Foundation is a not-for-profit corporation based in Mississauga. The proceeds raised are invested directly into the core mandates of the organization. The OJHL Foundation is designed to provide support to financially disadvantaged junior hockey players, create and provide education bursaries and scholarships, raise health and concussion awareness and develop and implement programs on mental health and wellness, life skill development, substance abuse, depression and bullying for all the players of the OJHL.

Canadian Junior Hockey League with 22 member clubs. A proud member of the CJHL and Ontario

Hockey Association, the OJHL was originally named the Ontario Provincial Junior ‘A’ Hockey League and it was formed out of the Central Junior ‘B’ Hockey League in 1993-94. With a long and storied history of developing players for the next level, including U Sports, the NCAA, CHL, minor pro ranks and the NHL, the OJHL had more than 125 commitments in 2018-19 – including more than 65 NCAA Division I scholarships.

OAKVILLE NO. 8 IN NATIONAL RANKINGS

HAWKS FALL TO COUGARS, REMATCH SET FOR FRIDAY IN TRENTON

GOLDEN HAWKS TO CLASH WITH COUGARS TONIGHT IN THE HANGAR