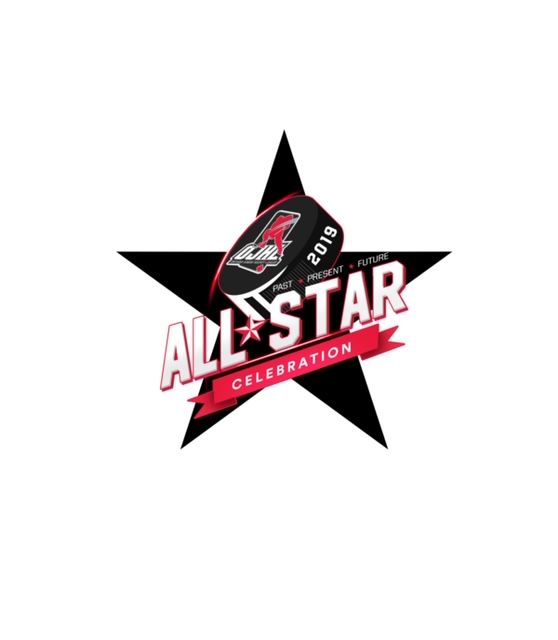 November 12, 2019, Mississauga, ON – The Ontario Junior Hockey League today announced the rosters for its teams that will face off in the OJHL All-Star Game during the All-Star Celebration in the OJHL November 30, 2019 in Oakville.

The festival, held at Sixteen Mile Sports Complex, promises to be a day-long celebration of the game, including games, clinics, presentations and a free public skate.

The event’s centrepiece is the OJHL All-star Game at 3 p.m. The game will feature the best players from across the 22-team OJHL as selected by the league’s competition committee.

The North/West all-stars will play on Team Giordano, named for reigning Norris Trophy winner Mark Giordano. The captain of the Calgary Flames played for Brampton and North York of the OJHL from 2000-02.

The South/East all-stars are on Team Burns, in honour of former Norris Trophy winner Brent Burns. The San Jose Sharks defencemen played for Couchiching of the OJHL in 2001-02.

All-day admission is $5 with all proceeds going to the OJHL Foundation. The game will be broadcast live across the country on CHCH-TV. It’s the first of nine OJHL on CHCH telecasts shown on Saturdays during the 2019-20 season.

Festivities begin at 9:30 a.m. with a one-hour initiation program clinic for Oakville minor hockey players with the ice donated by Goodlife Fitness.

OJHL graduates will play in the alumni game at 10:30 a.m. Alumni will learn how the league’s Foundation assists players during a postgame presentation.

The free public skate is on from 1:30-2:15 p.m with the ice sponsored by Goodlife Fitness.

A one-hour, on-ice skill development clinic is scheduled for 5:45 p.m. The clinics are being conducted by the Ontario Junior Hockey League and sponsored by Goodlife Fitness.

An All-Star game for OJHL Affiliate Players begins at 12 noon. Players will be selected by the Ontario Junior Hockey League with final approval from the Ontario Hockey Federation.

Rosters for the Prospects and AP teams will be announced later this month.

About the OJHL Foundation

The OJHL Foundation is a not-for-profit corporation based in Mississauga. The proceeds raised are invested directly into the core mandates of the organization. The OJHL Foundation is designed to provide support to financially disadvantaged junior hockey players, create and provide education bursaries and scholarships, raise health and concussion awareness and develop and implement programs on mental health and wellness, life skill development, substance abuse, depression and bullying for all the players of the OJHL.

Canadian Junior Hockey League with 22 member clubs. A proud member of the CJHL and Ontario

Hockey Association, the OJHL was originally named the Ontario Provincial Junior ‘A’ Hockey League and it was formed out of the Central Junior ‘B’ Hockey League in 1993-94. With a long and storied history of developing players for the next level, including U Sports, the NCAA, CHL, minor pro ranks and the NHL, the OJHL had more than 125 commitments in 2018-19 – including more than 65 NCAA Division I scholarships.

PICKERING GOALTENDER COMMITS TO YORK U

SPIRIT THIS WEEK: FIRST PLACE IN NORTH ON THE LINE THIS WE...

HAWKS TO HOST COUGARS IN LONE GAME OF THE WEEKEND

THE CAPTAINS: GOOCH SURPRISED TO WEAR ‘C’ FOR VETERAN PANT...