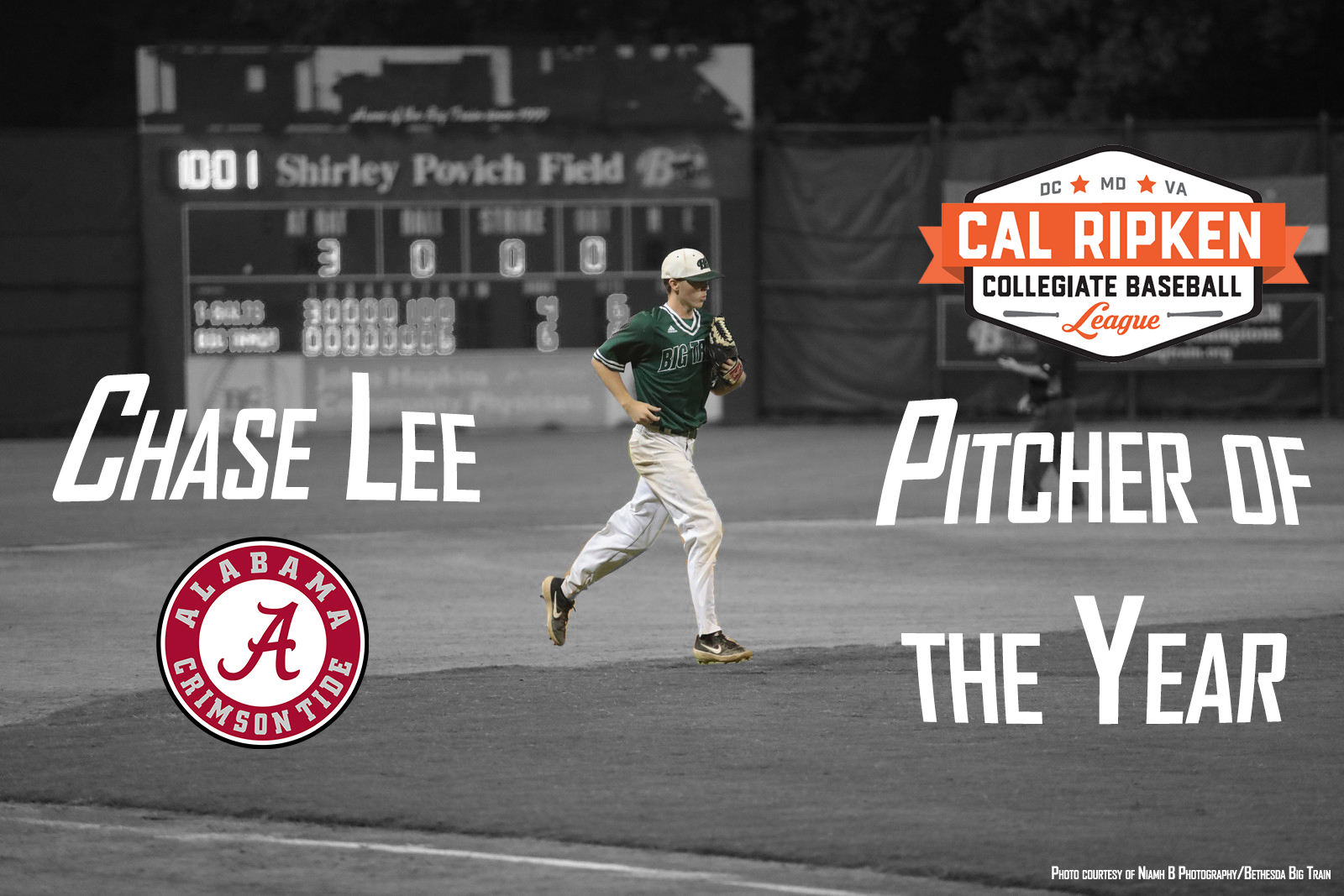 Chase Lee was a shortstop when he arrived at Alabama and played on the club team. He tried out for the varsity team but was given a surprising recommendation. He was told to pitch, and pitch with a sidearm delivery.

His newfound pitching ability earned him a roster spot with the Crimson Tide.

But Lee has found one the works, one that nearly guarantees a swing-and-miss – his slider.

That pitch propelled Lee to lead the Cal Ripken League in strikeouts as a closer. In 26 innings pitched, Lee struck out 51 batters compared to just six walks.

He appeared in 16 games and had a league-best seven saves. He did it all with a 1.03 ERA. He pitched twice in the playoffs, including the final inning of the final game, and struck out four batters. He had a save in each appearance with no runs let alone a hit allowed.

With such an impressive stat line Lee received an award rarely given to a reliever. He was named the Cal Ripken League Pitcher of the Year.

“When he came in the game was pretty much over,” Gaithersburg Giants head coach Jeff Rabberman said. “He is as dominant of a pitcher we have had in the league in the last 7 years.”

Lee struck out about half of the batters he faced during the 2019 summer. His sidearm slider was virtually untouchable. All three runs he allowed came before July. He didn’t blow a single save and actually earned the win in one of the three appearances where he allowed a run.

At the Southeast Collegiate Baseball Showcase, Lee pitched a perfect eighth and ninth inning in front of MLB scouts, including three strikeouts.

He’ll head back to Alabama with the summer of development the new pitcher needed. His strikeout numbers were far lower with Alabama this spring than with the Big Train. Lee will return with an improved ability to get outs and do so in the nation’s best baseball conference. His strikeout ability will more than likely cement a role for him in the late innings of Alabama’s bullpen for years to come.