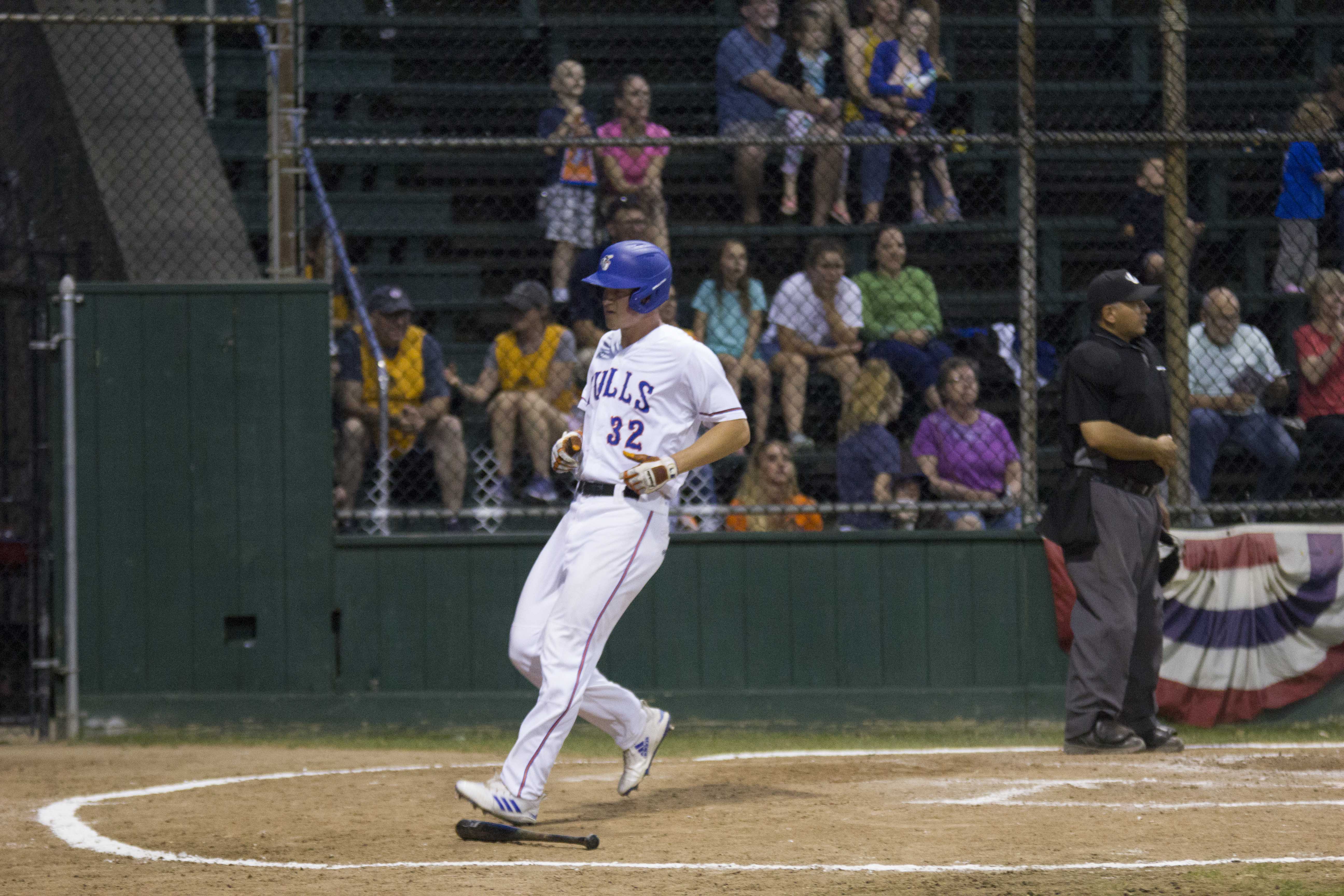 NEWPORT, R.I. – Newport (19-14) walked-off against the Vermont Mountaineers (20-16) on Yalanis Wealth Management Group of Wells Fargo Advisors American Heroes Night at Cardines Field. Sam Jacobsak picked up the win for Newport while Ryan Steckline was saddled with the loss for the Mountaineers.

The Mountaineers jumped on Newport’s starter Dillon Brown early as Curtis Robinson sent Austin Gauthier home on an RBI single to give the Mountaineers a 1-0 lead in the top of the first. The Gulls, however, would battle back as Justyn-Henry Malloy stepped to the plate in the third inning with two outs and two runners on. Malloy crushed a 3-1 pitch from Sean Kealey to left-center for a three-run home run, giving the Gulls a 3-1 lead.

The Mountaineers, however, would mount a comeback, scoring a run in the fifth and a run in the sixth to knot it up at three. The Gulls were able to keep the Mountaineers bats at bay thanks to a strong pitching performance out of the bullpen by Jacobsak. The right-handed pitcher from Northeastern allowed no runs and no hits in three innings of work, while also striking out six of the nine batters he faced.

In the bottom of the ninth with extra innings looming, the Gulls loaded the bases with one out as Austin James stepped into the box with a chance to give the Gulls their 19th win of the season. James sent a chopper to the third baseman Brian Goulard who threw to the plate to prevent Colton Bender from scoring from third. His throw, however, couldn’t be held on to by catcher Ciaran Devenny and as a result, Bender scored as the Gulls walked-off for the second time this season at Cardines Field.

With the win, Newport is now one game behind the Martha’s Vineyard Sharks for the first place spot in the Southern Division. The Gulls will now head to North Adams on Saturday for a 1 pm matchup against the Steeplecats at Joe Wolfe Field.