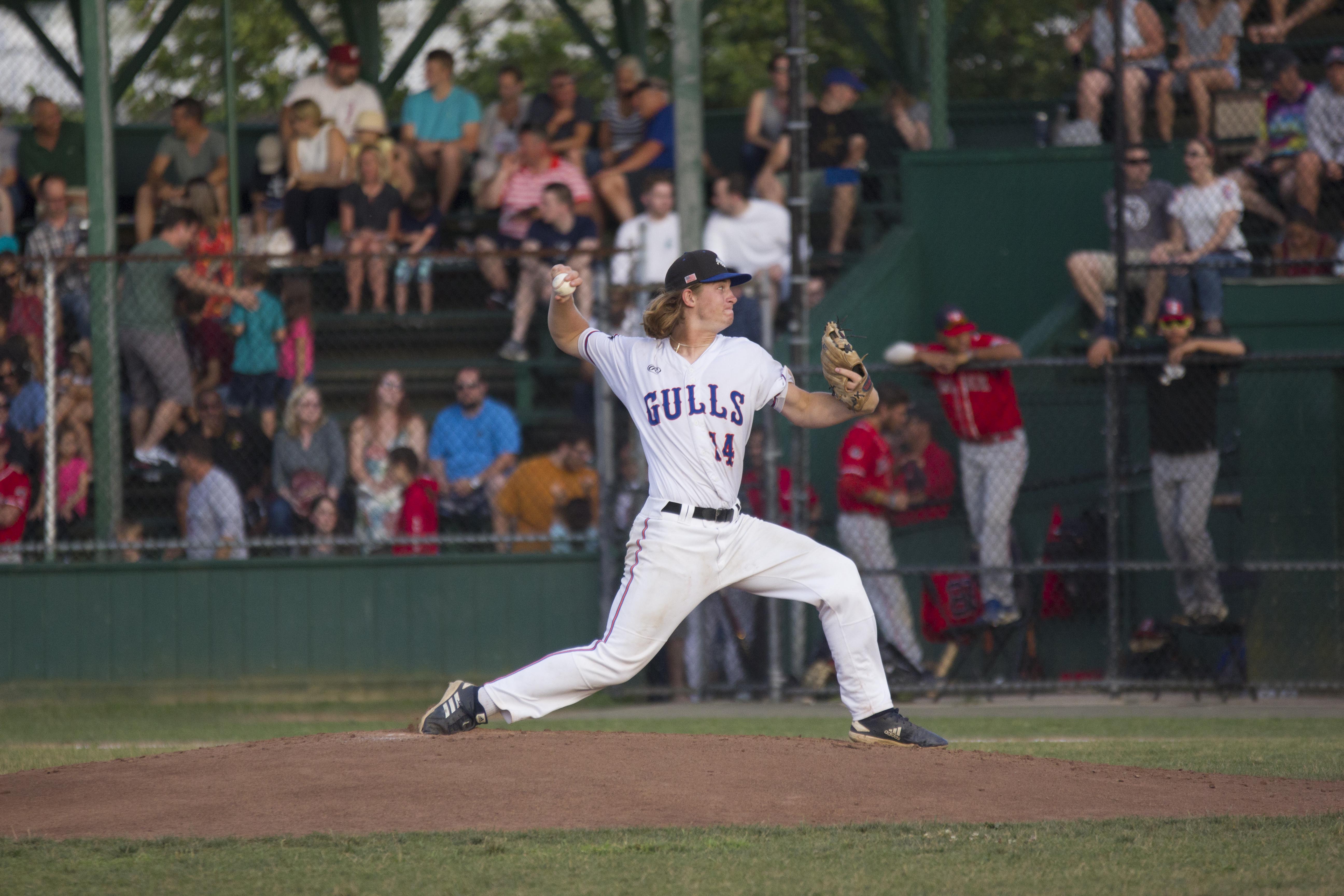 NEWPORT, R.I. – Newport (18-13) defeated the New Bedford Bay Sox (7-22) on Raytheon Military Appreciation Night at Cardines Field. For the Gulls, Justin Cherry picked up the win while Julian Washburn is saddled with the loss for the Bay Sox.

Newport jumped out to an early 2-0 lead in the bottom of the second thanks to two sacrifice flies by Peter Serruto and Greg Cavaliere that scored Ryan Toohers and Hayden Jones.

New Bedford, however, would go on to tie it up in the top of the fifth after Jack Winkler came through with an RBI double that scored Thomas Blandini and Parke Phillips.

The Gulls battled back to make it 4-2 thanks to an RBI double by Isaiah Thomas that scored Cavaliere and an RBI single from Brett Vosik that knocked in Thomas. The Gulls would then go on to score a run in the sixth off of a Cavaliere RBI triple and a run in the seventh off of a sac fly by Justyn-Henry Malloy.

Justin Cherry was lights out for the Gulls, going seven innings and striking out a season-high seven batters. The Gulls also received some help from the bullpen as Mike Townsend gave up no runs in an inning of work and Carson Rudd closed out the win in the ninth, striking out one batter.

Newport will have the day off on Tuesday but will be back in action for a 6:35 matchup at Cardines Field on Wednesday, July 17th for the fifth game of the Pell Bridge Series against the Ocean State Waves.