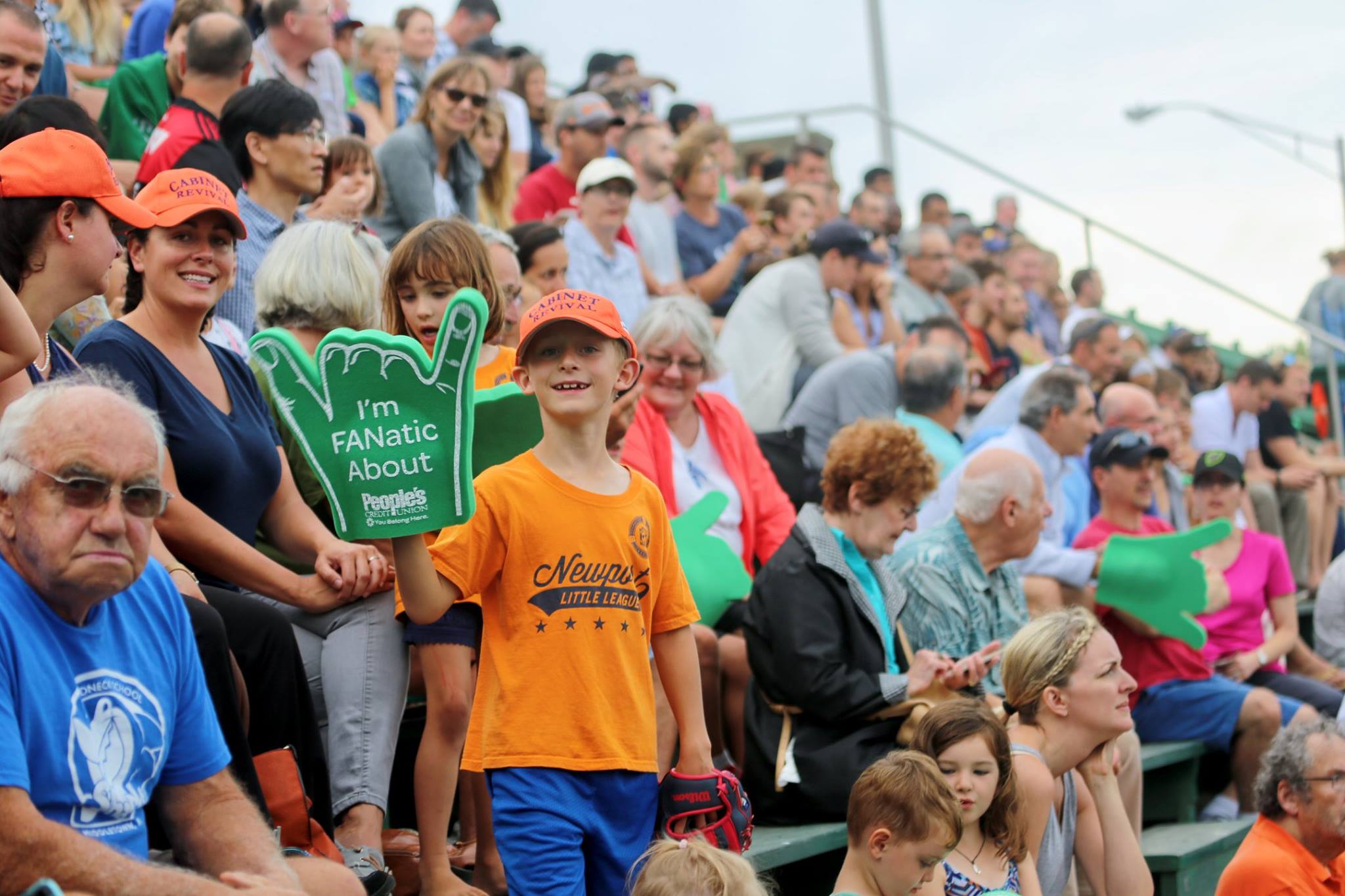 The Gulls and People’s Credit Union give back to community through annual program.

NEWPORT, R.I. – Every year, as elementary schools in Portsmouth, Middletown, and Newport wind down their classes and summer rolls in, the Newport Gulls players go beyond the baseball field to give back to the youth of Newport County. For ten years now, the People’s Credit Union FANatic About Reading program has placed Gulls players – themselves collegiate student-athletes aspiring to one day play in the Majors – in dozens of local classrooms, reading to students and encouraging them to read books over the summer.

The program, which culminates with Wednesday, July 17th People’s Credit Union FANatic About Reading Night at Cardines Field, was founded through the Newport Gulls’ and People’s Credit Union’s interest in supporting children with a focus on education. Janice Sullivan, a long-time Gulls volunteer, worked with People’s in launching the program nine years ago, which has achieved consistent success ever since.

This year, the entire Newport Gulls baseball team has traveled to schools such as Hathaway School, Portsmouth Middle School, Melville Elementary School, and Pell Elementary School, just to name a few. Each reading session, the team travels to an elementary school, and each player is assigned to a specific classroom. The player reads a picture book to the classroom, and the children excitedly ask the Gulls players questions at the end of the story.

Each student can receive a free game ticket to the FANatic About Reading Night if they read the four books and have their parent or guardian initial the Newport Gulls bookmarks, which are distributed to every school in the program. Over the years, hundreds of students have been honored on the field in a pregame ceremony. This year, gates at Cardines Field open at 5 p.m. for FANatic About Reading Night for a 6:35 contest against the Ocean State Waves. Pregame festivities – including students, who are welcome on the field to be honored for their successful completion of the program – begin at 6:10.

“The FANatic About Reading program is one of the Gulls signature programs and is made possible through the continued support of People’s Credit Union,” said Gulls General Manager Chuck Paiva. “The Gulls are great role models because they are all student-athletes that have each had success in the classroom.”

“Although the Newport Gulls also give back through donations, cash contributions, college and summer camp scholarships, and memorabilia for silent auctions,” Paiva added, “the reading program is something that directly affects the youth of Newport County, and allows them to interact with our players, which is what makes this experience so special.”