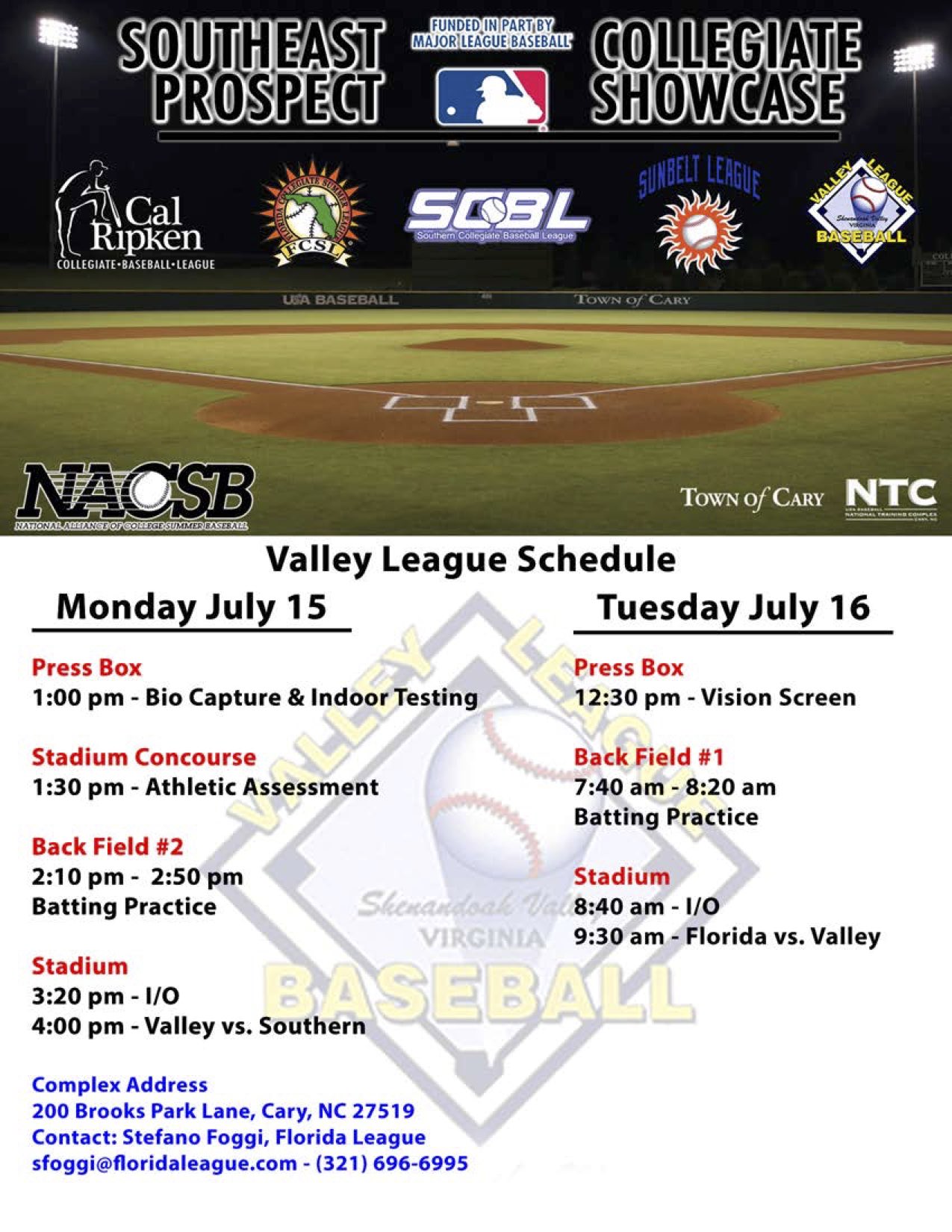 For the third straight year, the Valley League will send an All-Star team to North Carolina to compete in the Prospect Showcase, joining four other summer leagues in a prospect extravaganza.

Held in Cary, North Carolina at the USA Baseball National Training Complex, the Showcase will feature players from the Southern, Cal Ripken, Florida, Sunbelt, and, of course, the Valley League next Monday and Tuesday, July 15 and 16.

The Valley League is scheduled to play the Southern League at 4 p.m. on Monday, and the Florida League at 9:30 a.m. on Tuesday. A bio capture, athletic assessment, and vision screen will be made available to team members during off times.

The Valley League has historically done well at the Showcase; the VBL has not lost (but tied once) in the first two years of the mini-tournament.

The roster of men from the Valley who are participating:

Regular season games will still be held in the Valley during the two days the Showcase team is gone.