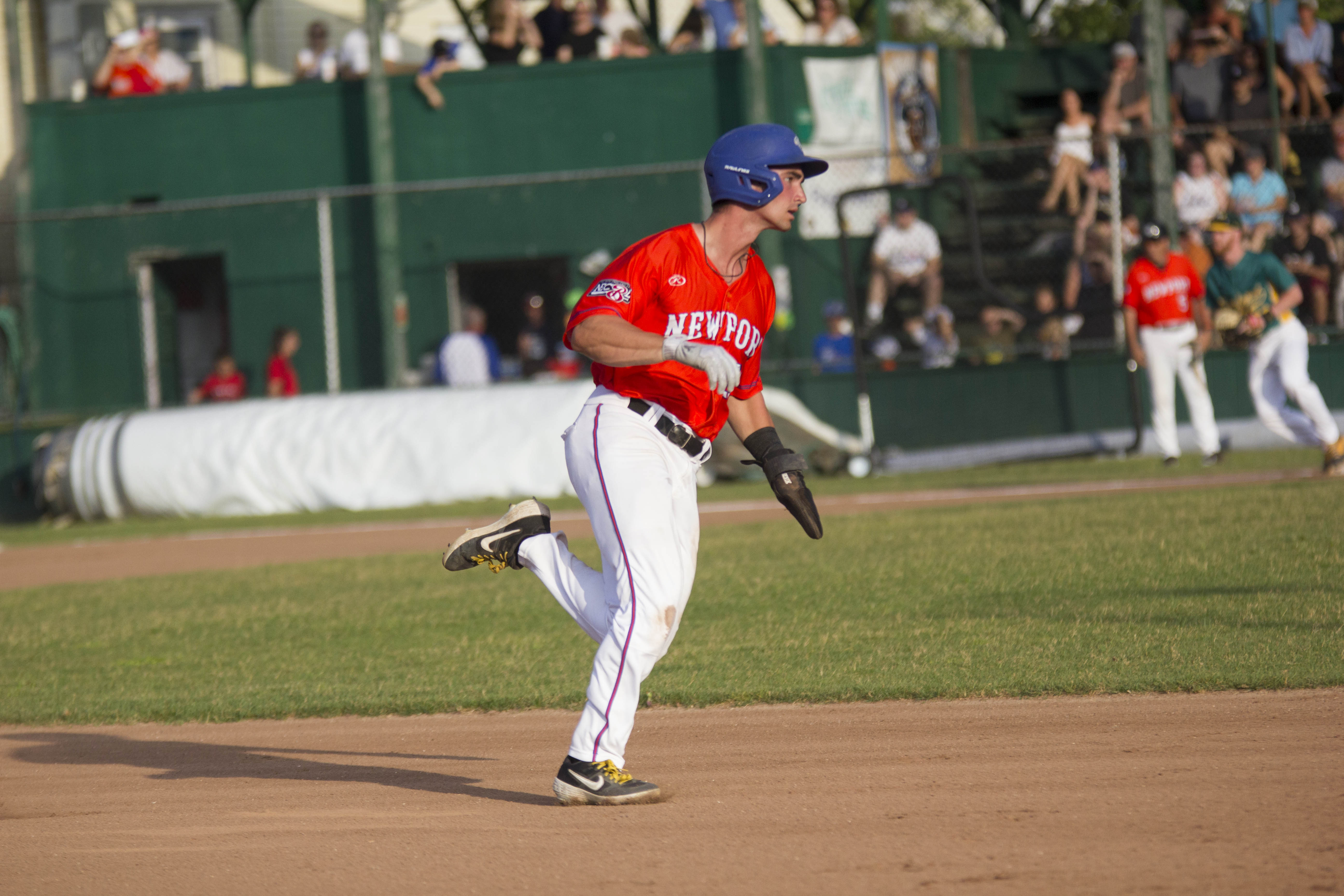 In a game where Newport (13-8) took the lead four different times, a seventh inning RBI single from Brett Vosik gave the Gulls the lead for good in a 5-4 win over the Sanford Mainers (8-14) Friday night at Cardines Field.

Newport got on the scoreboard right away, capitalizing off two Mainers errors, and cashing in on RBI singles from Chris Hamilton and Justyn-Henry Malloy that gave the Gulls an early 2-0 lead. Hamilton, Malloy, and Vosik were three of Newport’s biggest contributors at the plate in the game, responsible for eight of the nine Gulls hits on the night.

The Mainers responded with a big two-out base knock from cleanup hitter Nick Howie that brought home two runs and tied the score at 2-2 in the top of the third inning. Gulls starting pitcher Brian Gursky averted any further damage with a strikeout to end the frame.

The Gulls wasted no time retaking the lead when Vosik and Malloy hit back-to-back doubles, putting Newport back in front 3-2. Malloy’s 2 for 4 performance against the Mainers continued his dominant trend of late, hitting .440 over his last seven games, and leading Newport with a .391 average for the season.

After Sanford tied the game in the top of the fourth, Newport struck for a pair of doubles once again in the bottom of the fifth inning from leadoff hitter Scott Holzwasser and Hamilton, two batters later, once again giving Newport a one-run, 4-3 lead.

Newport’s bullpen helped the Gulls hold on to the tight one-run lead, as Cameron Pferrer and Garrett Schmeltz pitched a combined three innings of one-hit, one-run ball. Schmeltz picked up the win and turned it over to Jimmy Kingsbury, who struck out the side in the ninth, picked up the save, and sealed the one-run victory.

The Gulls are back in action Saturday when they take on the Southern Division-leading Mystic Schooners (14-7) at Fitch High School. First pitch is scheduled for 6:05 pm.