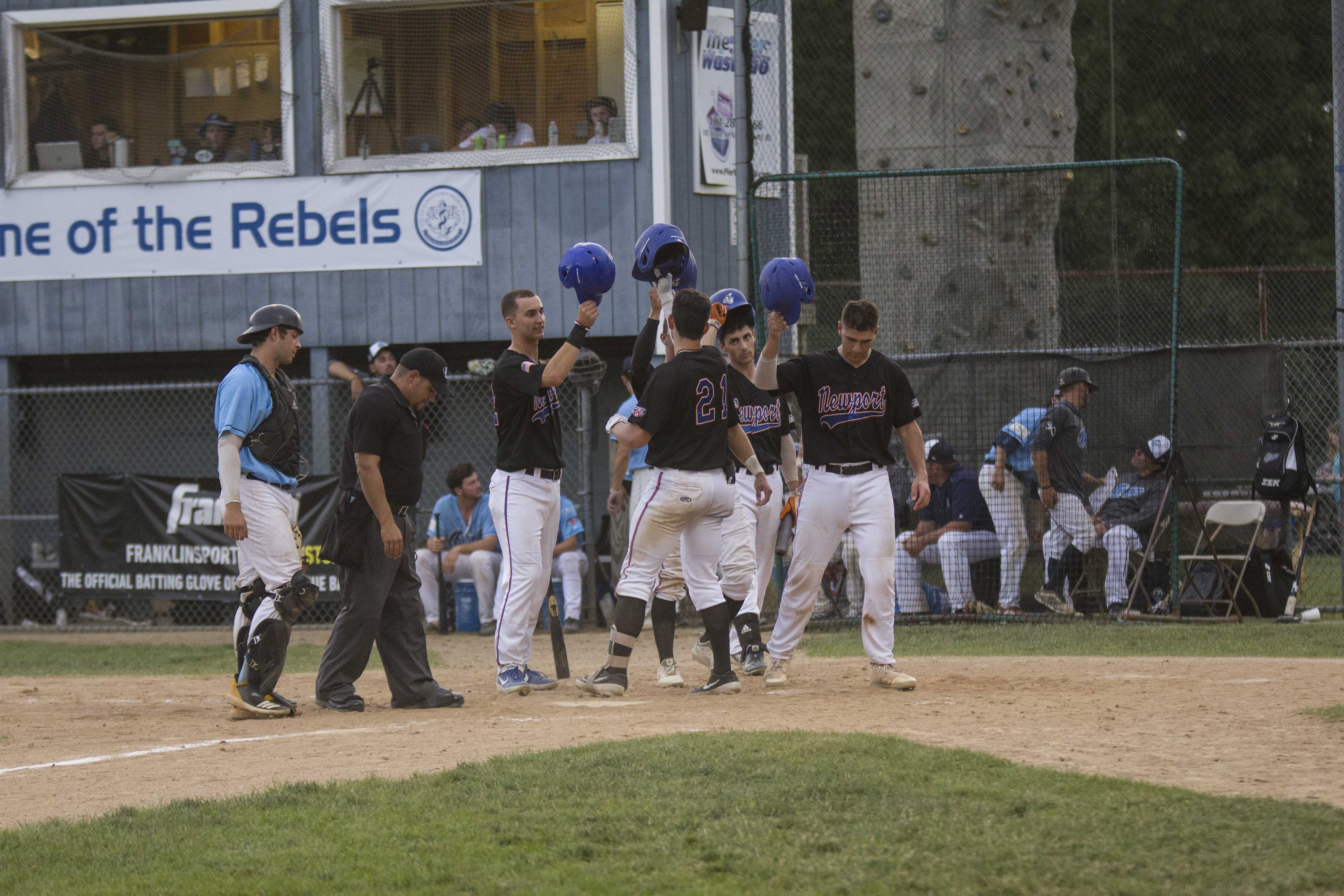 Newport (12-6) took Game Four of the Pell Bridge Series in an 8-2 victory over the Ocean State Waves (7-15) on Tuesday night. The Gulls victory now gives Newport a 3-1 series lead with just two games left against the Waves this summer.

The Gulls continued their first inning scoring trend as of late, tacking on one in the first after Ryan Toohers brought home Greg Cavaliere on an RBI single. Ocean State would answer right back in the bottom half of the frame, scoring two runs off of three hits.

After the Gulls tied up the game at two thanks to an RBI triple from Jake Gustin to score Joey Bellini, Newport's starter Justin Cherry settled into a groove on the mound. Cherry would give up just four hits through the next five innings en route to earning his third win of the season. Cherry finished the day with six innings pitched, allowing just the two runs off of seven hits while striking out three.

With the game still tied at two in the fourth, Joey Bellini started the chain reaction of success for Newport with a single. After the next batter reached safely, Gustin hit a routine groundball to Ocean State's shortstop who rushed the play and couldn't come away with the out, loading the bases and extending the inning for the Gulls. Hudson Haskin delivered his second home run of the year, belting a grand slam to left field to give the Gulls a 6-2 lead.

Newport would tack on two more insurance runs, one coming in the eighth and the other in the ninth, as the bullpen came into the game and effectively shut the door on the Waves. Garrett Schmeltz made his Newport Gulls debut, tossing two scoreless innings of relief, giving up just one hit and striking out three while Jimmy Kingsbury pitched the ninth, giving up a lone hit while striking out one.