Baseball / Gulls Walk Off On Muskrats 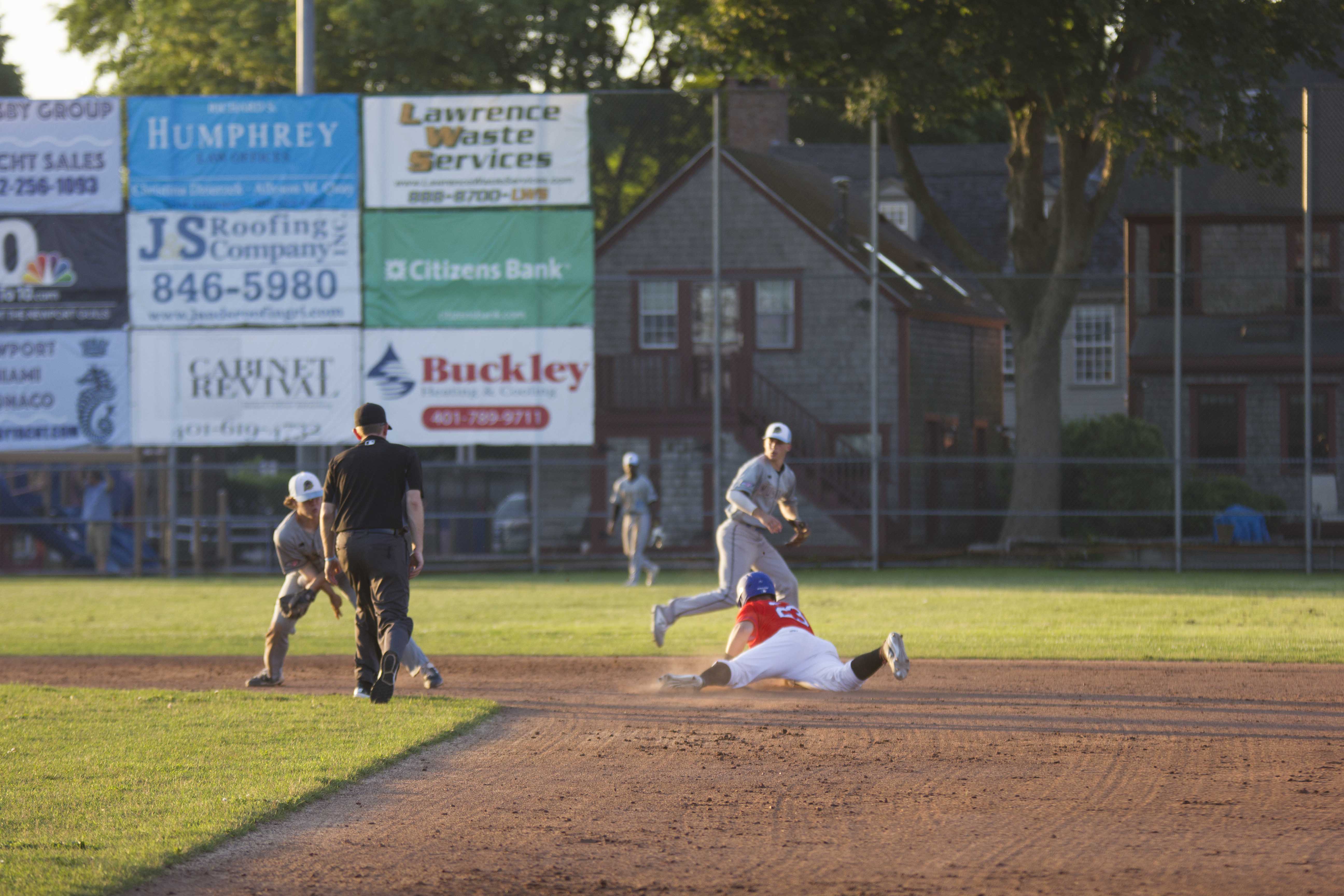 Gulls Walk Off On Muskrats

NEWPORT, R.I. – Newport (9-5) rallied back from three runs down in the ninth to defeat the Winnipesaukee Muskrats (2-12) by a score of 9-6 on Newport Prevention Coalition Night at Cardines Field. Dillon Brown picked up the win for Newport while Anthony Vlahovic was saddled with the loss.

The Muskrats struck first in the bottom of the second thanks to a Nate Vigeant RBI single that score Phil Conti. Later in the inning, Austin Davis would come through with an RBI single that scored Jonathan Crimmin to make it a 2-0 Muskrat lead. The Gulls, however, would put up one run in the bottom of the second off the bat of Greg Cavaliere who singled, scoring Joey Bellini.

Winnipesaukee would add to their lead in the top of the third due to an error that scored Jake Coro to make it a 3-1 ball game. They would then tack on some more runs in the top of the fifth after Terrence Norman came through with a two-run home run to increase their lead to 5-1. The Gulls, however, would battle back in the bottom of the fifth thanks to a two-run home run by Scott Holzwasser to cut the lead to 5-3.

The Muskrats would add another run in the top of the ninth after an error by the Gulls led to Coro scoring to make it 6-3. The Gulls were not done yet as Hudson Haskin came through with a bases-loaded RBI triple to knot it up at six. Ryan Toohers would then come up with a huge three-run walk-off home run for the Gulls.

Newport will visit the Mystic Schooners on Saturday, June 29th for a 6:05 pm matchup at Fitch High School.