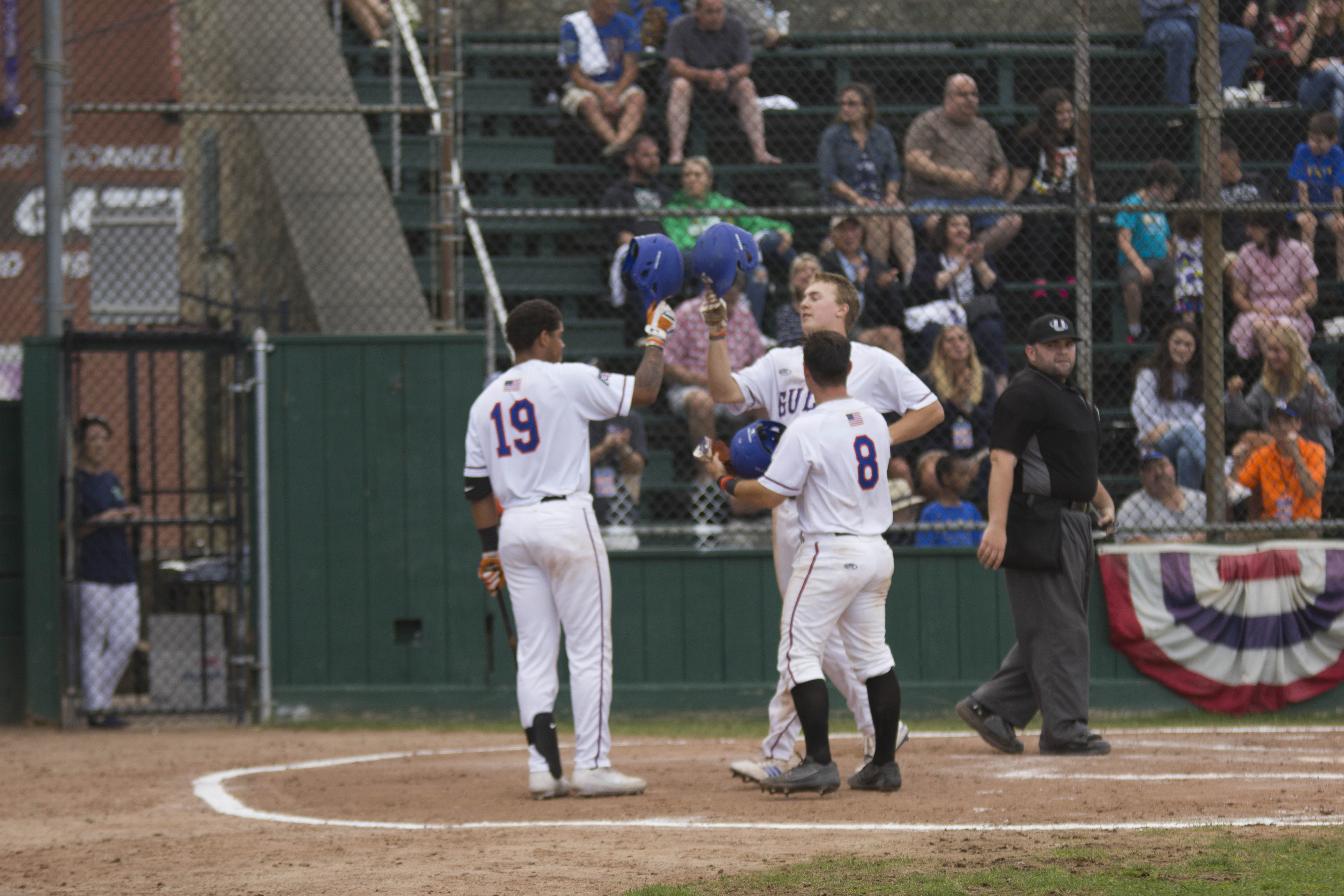 NEWPORT, R.I. – Newport (8-5) defeated the Mystic Schooners (10-4) with a final score of 11-4 on Newport Daily News Night at Cardines Field. For the Gulls, Justin Cherry picks up the win as Luke Hansen picks up the loss for the Schooners.

The Schooners opened up the scoring in the top of the first as Steve Barmakian scored on a passed ball. Later in the inning, Matthew Toke came through with a solo shot to give the Schooners a 2-0 lead.

The Gulls struck back in the bottom of the first as Scott Holzwasser scored on a passed ball. Soon after that, Chris Hamilton would also score on a passed ball to tie the game at two. Later in the inning, Brett Vosik would score on a sacrifice fly to right to give the Gulls a 3-0 lead.

The Gulls would continue to tack on runs in the fourth, fifth and sixth innings to solidify the win. As for the Gulls bullpen, they would go on to hold the Schooners to one run, with strong pitching performances from Jimmy Kingsbury, Carson Rudd, and Cameron Pferrer. The Gulls were also led in the field by Holzwasser, who came up with multiple highlight reel plays at second base.

Newport will host the Winnipesaukee Muskrats on Friday, June 28th for a 6:35 start time on Newport County Prevention Night where 500 free lanyards will be given out at Cardines Field.