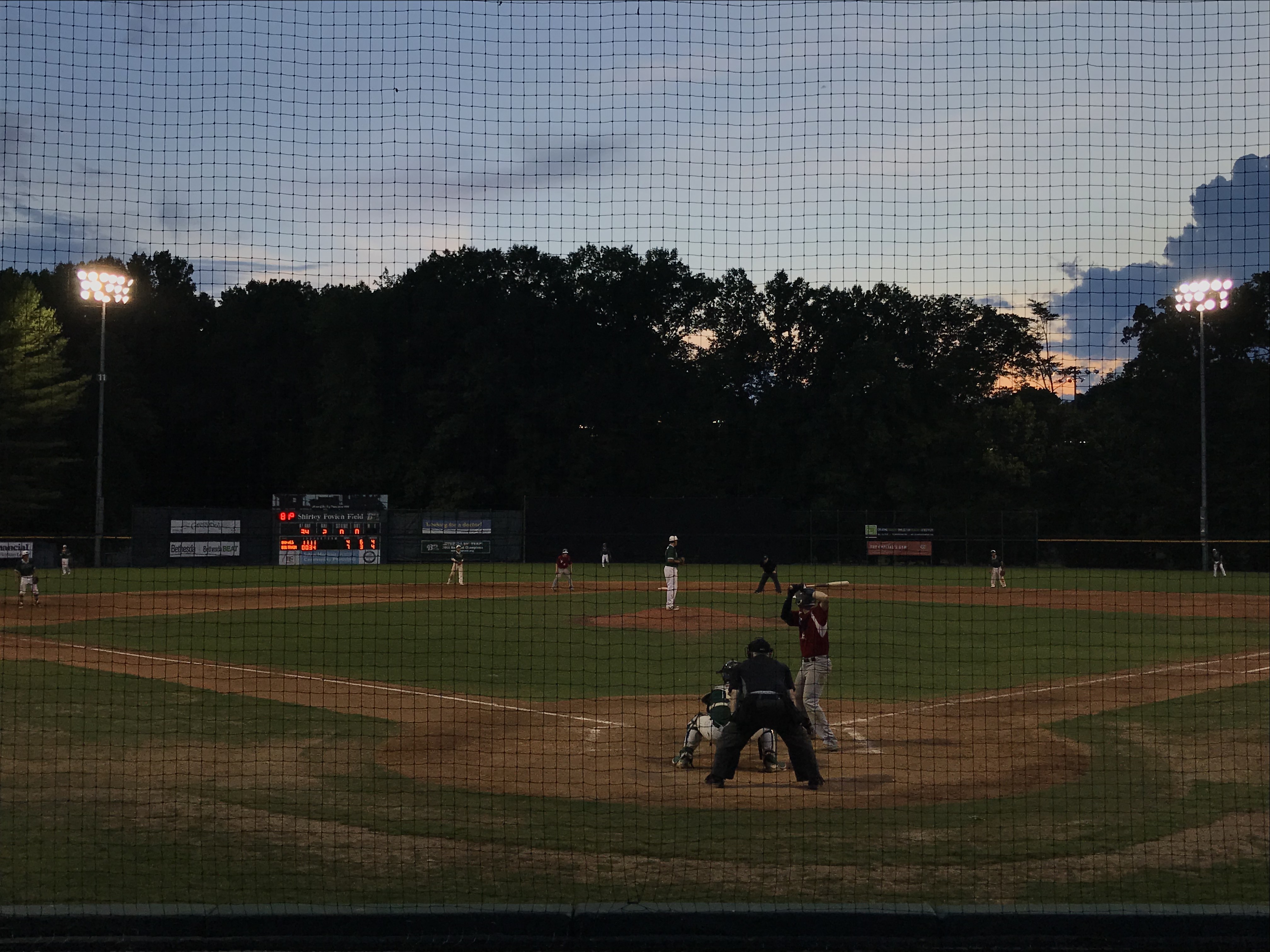 Big Train hitting coach Sam Bender pulled the team aside outside the dugout early in the game.

His team had struggled defensively, and had taken bad approaches at the plate. Bethesda came out looking flat according to manager Sal Colangelo, as it fell behind by three by the third inning.

“You got to stay on them when you win a lot of games, or you pound people,” Colangelo said. “Come the next day it’s a dogfight cause the game bites you in the butt quickly. We just weren’t mentally focused when we started…We just told them, ‘Plenty of game left, let’s stay the course.’”

“When we win a lot, we just expect to come in and win sometimes.” Southern said. “When a team puts runs on us early, we’re just like, ‘Oh, wait, we gotta actually play today.’ We got to come out and have the same energy every single game.”

Bender’s message provided a spark to the Big Train. It quickly came back to take the lead and never let go of it, beating the Braves 7-5.

Four errors made by the Big Train defense over the first four innings quickly got starter Ryan Okuda (Virginia Tech) into trouble and the Braves capitalized with a run in each of those innings.

Jack Nathan’s (High Point) night was quite the opposite.

Nathan started out strong with two shutout innings. His defense was clean and his team had gotten out to a 3-0 lead.

Then everything fell apart.

Six of the Big Train’s runs were scored against Nathan, but only three were earned. The Braves defense committed four errors over the third and fourth innings, aiding the Big Train rally. Southern, Martin Vincelli-Simard (Sacramento State) and Ryan Daugherty (St. Mary’s) each drove in a run.

“We’ve got a lot of potential,” Southern said. “When everybody’s firing on all cylinders we can do some real damage in this lineup.”

The Big Train improved to 9-3 with the win. Bethesda has now won two straight games and seven of its last eight. The Big Train gained another half game in the standings over the second place Silver Spring-Takoma T-Bolts as lightning postponed their game.

It’s a groove that the bullpen has been the backbone of. Chase Lee (Alabama) has been the most utilized pitcher out of the bullpen, his side-arm slider being one of the best pitches in the CRCBL. Elliot Zoellner (Maryland), Michael Betchtold (James Madison) and Carter Spivey (East Carolina) have joined the roster during the second week of the season and improved the strength of the bullpen.

Jack Weeks (Georgetown) hasn’t allowed a run in seven innings of work and has been part of both Big Train no-hitters.

“There’s not a single guy in the bullpen I have a problem with.” Colangelo said. “Any guy, put them out there.”

Herndon dropped to 5-7 with the loss. Bethesda will host Silver Spring-Takoma at home Thursday night while Herndon has the day off. The Braves will return to action Friday at home against the Giants.