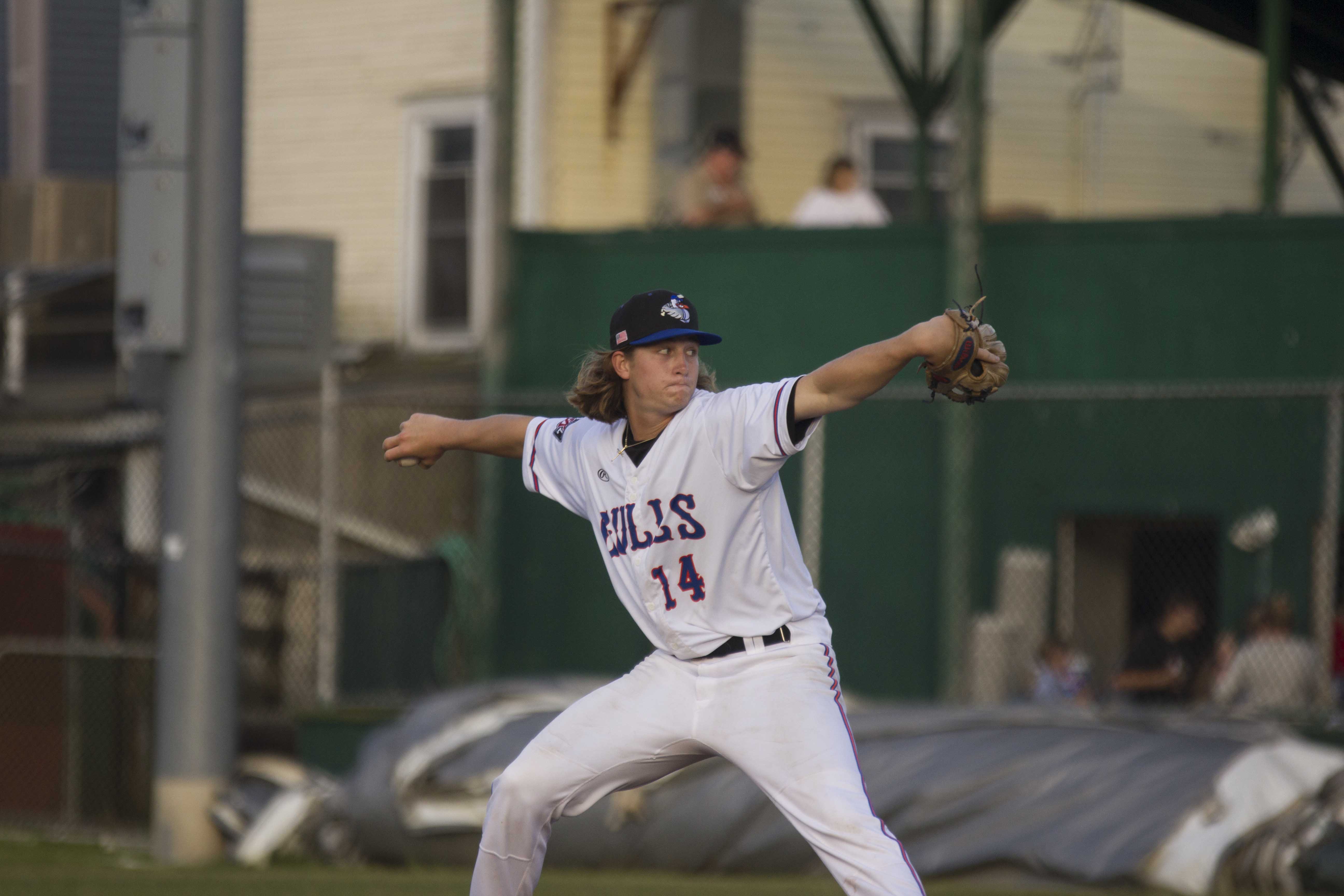 Newport (5-3) continued their winning ways with a 6-0 victory over the New Bedford Bay Sox (1-7) at Cardines Field on Monday night. The win is the fourth in the last five games for the Gulls.

Newport started the scoring right away as Joey Bellini hit a bases-loaded single that brought home Scott Holzwasser and gave the Gulls an early 1-0 lead. The team picked up another run in the frame when Bay Sox first baseman Sam Henrie couldn’t handle a throw from Zachary Buck with the bases loaded and Brett Vosik came in to score.

Gulls starting pitcher Justin Cherry (1-1) picked up the win and was outstanding, pitching 5 innings of shutout ball to go with 6 strikeouts. It was an impressive turnaround for Cherry after a tough start in his first appearance and start of the season on the road against Keene.

The game remained at a 2-0 score until the bottom sixth, when Holzwasser helped manufacture another run for the Gulls, driving a sacrifice fly deep enough to left field for Justyn-Henry Malloy to tag up from third and score, extending the Newport lead to three runs.

The Gulls added three key insurance runs in the eighth inning. Greg Cavaliere picked up his first RBI of the season with a single that scored Ryan Toohers. Holzwasser continued his strong night when he knocked in a pair of runs on an RBI double in the very next at-bat, making it a 6-0 game.

After Cherry was taken out of the game, Newport’s dominance on the mound continued. Jacob Grzebinski made his season debut for the Gulls and worked out of a jam with two runners on base. Dillon Brown and Sam Jacobsak pitched scoreless 7th and 8th innings before Cameron Pferrer shut the door in the ninth and preserved the shutout.

Newport will look for their fourth win in a row and fifth victory in six games when they take on the Mystic Schooners (7-2) Wednesday, June 19th at 6:35 pm at Cardines Field for Tiverton Little League Night.