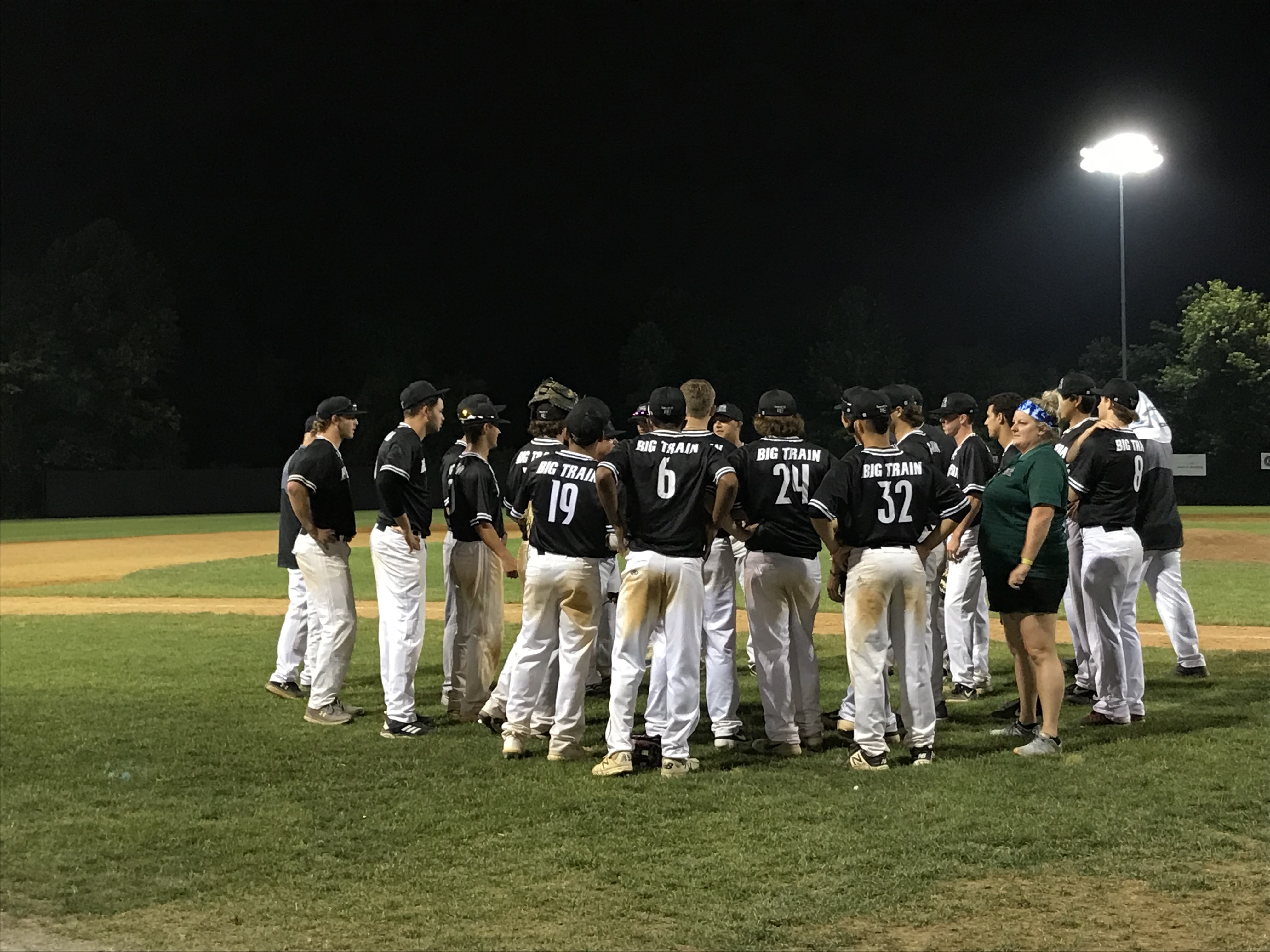 Bethesda Big Train starting pitcher Ryan Okuda (Virginia Tech) already had a lead to work with before he touched the ball for the first time.

Big Train manager Sal Colangelo used three total pitchers, and none ever threw a pitch with their team trailing.

“Anytime you're pitching with the lead, pitchers are going to go out there, especially first game of the season, new ball club, new people, new setting, atmosphere, it definitely relieves a bit of that stress,” Colangelo said.

A four-run first inning jump-started the three-time defending champions in their opening game of the season, cruising to a 10-1 win Wednesday over the Silver Spring-Takoma Thunderbolts.

T-Bolts starting pitcher Luke Rettig (Lehigh) struggled to find his command in the top of the first inning, and quickly got himself into a jam. Bethesda sent 10 batters to plate in the inning as it scored four runs on three hits with three walks. The Big Train took the lead early and never let go of it.

Those same struggles continued for Rettig as Bethesda kept the line moving with eight more hitters in the top of the second as it added three more runs, increasing the lead to 7-0.

In fact the Big Train would score in each of the first four innings of the game as the lead grew to 9-0. Bethesda added a tenth run in the top of the eighth inning on a Kobe Kato (Arizona) sacrifice fly.

The Big Train’s early offensive outburst was buoyed by a dominant day from Okuda on the mound.

After not having an outing longer than 4.1 innings with Virginia Tech this spring, Okuda pitched six innings in the opener for the Big Train. Okuda allowed just two hits, struck out nine and didn’t allow a single run.

“He had great command, he threw strikes and got after hitters,” Colangelo said. “He just set the tempo right from the get-go.”

The Bethesda staff combined to allow just one run on five hits while striking out 13 T-Bolts.

Silver Spring’s pitching did settle into the game following the fourth inning, headlined by the performance of Rojo Prairie (William & Mary). Prairie pitched four innings without allowing a hit, and just one run. He struck out eight batters and had a streak of seven straight retired.

In the bottom of the ninth inning, Silver Spring finally cracked the scoreboard as first baseman Ryan Roell (Frostburg State) drove in a run with a line-drive single to center field allowing Daulton Martin (Tusculum) to score from second.

The Big Train lineup was balanced with all but one starter reaching base. That lone player, Matt Thomas (William & Mary) still drove in two runs. Tate Soderstrom (Arizona) led the Big Train with three RBIs. Kato and Thomas each had two RBIs while Drew Hamrock (Virginia) and Anthony Piccolino (James Madison) each had one. Gio Diaz (St. Mary’s) and Hamrock each scored three runs in the game. Ryan Daughtery (St. Mary’s) led Bethesda with three hits.

Both team will be on their home fields Thursday. The Big Train will have their home opener against the 0-2 Alexandria Aces while the T-Bolts will host the 0-2 FCA Herndon Braves.