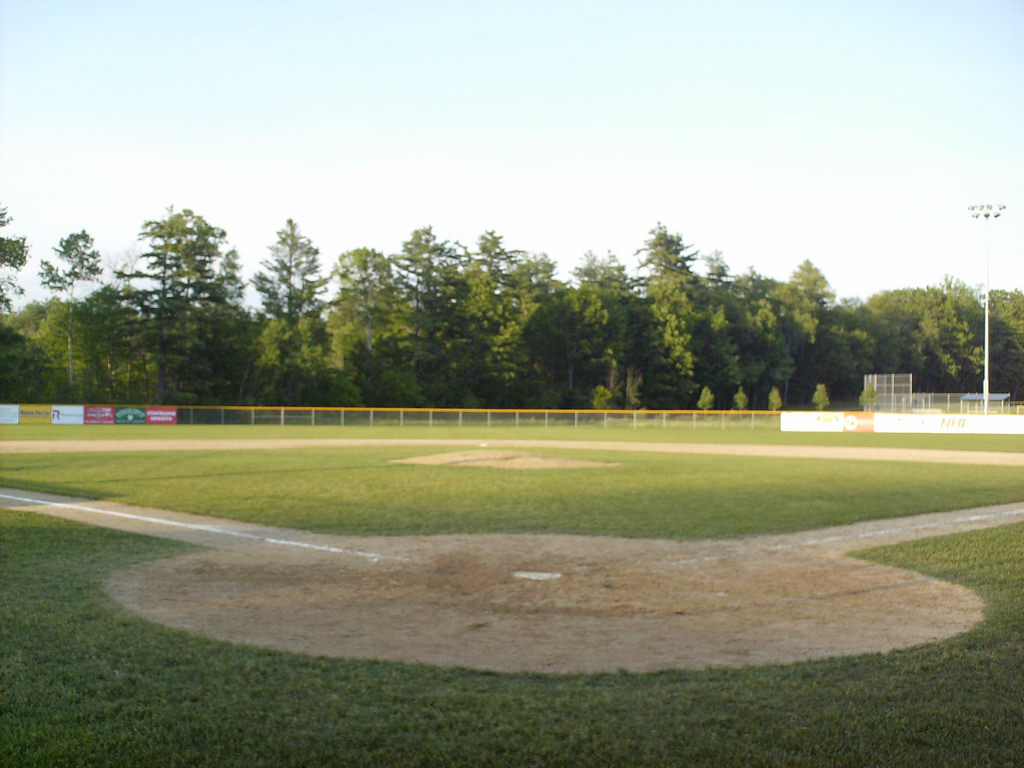 WHITE RIVER JUNCTION, Vt. — Austin Wilhite went 2-for-4 and drove in three runs to lead the Upper Valley Nighthawks to a 5-2 victory over the Sanford Mainers on Saturday evening at the Mayfield Sports Complex.
The Nighthawks (20-16) took an early lead after they plated three runs in the home-half of the third inning. Back-to-back RBI singles from Austin Wilhite (Georgia Tech) and Greg Hardison (UNC Greensboro) provided the run support for Upper Valley.
Sanford’s Carmine Pagano drove in a run for the Mainers in the top of the 7th, but Wilhite erased his progress in the bottom of the inning with a 2-RBI single that scored Davis Mikell (Castleton University) and Ty Adcock (Elon University).
Trailing 5-1 in the 8th inning, the Mainers tacked on their second run on an RBI fielder’s choice, but their efforts would not be enough to surpass the hometown Nighthawks.
Upper Valley starter Cole Stetzar (St. Joseph’s University) pitched a solid seven innings, gave up six hits, one run, and struck out eight. Stephen Hansen (Iona College) hurled one inning in relief, giving up one hit, one run, and fanning one Mainer. AJ Franklin (Vanderbilt University) finished off the night on the hill for the Nighthawks.
Upper Valley is back in action on the road Sunday afternoon, visiting the North Adams SteepleCats for a 4:30 P.M. game at Joe Wolfe Field. Matt Stewart will have all of the action covered on the NECBL Broadcast Network.