Baseball / NIGHTHAWKS WALK OFF ON STEEPLECATS 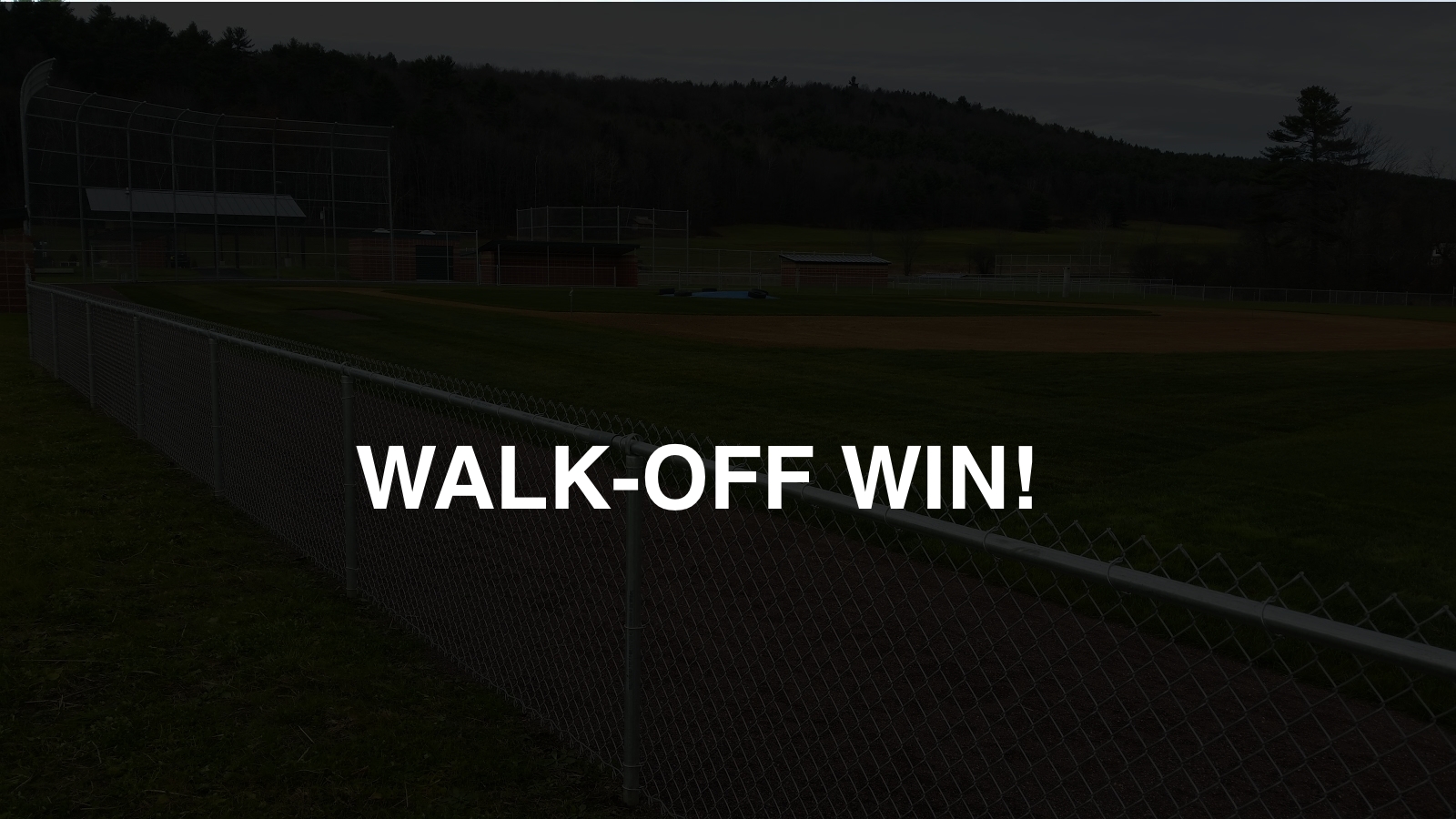 WHITE RIVER JUNCTION, VT. — Back-to-back run-scoring singles in the bottom of the ninth powered the Upper Valley Nighthawks past the North Adams SteepleCats 5-4 in walk-off fashion at the Maxfield Sports Complex on Wednesday evening.
Following the thriller, Upper Valley improves to 18-15 overall, while North Adams drops to 12-20.
Down to their final strike with runners at second and third, Ross Cadena ripped a single through the left side that slowly rolled to the fielder and scored two as the batter moved into scoring position on the throw. In the next at-bat, Anthony Meduri went with the first pitch to plate Cadena and walk off on the SteepleCats. The inning was set up by a pair of balls lifted into the outfield, which SteepleCat players lost in the lights. Ruled hits, Chris Berry and Austin Wilhite were able to move to second and third, respectively to set up the game-tying and eventually winning hits.
Leading Upper Valley out of the batter's box with a scorching start, Chris Berry cracked a lead-off double into deep right over the outfielder's head. The Nighthawks would eventually load the bags, yet they were unable to drive a run in. Berry, however, notched three more hits throughout pacing the team in the category.
Staying hot in the second, a hit apiece by Anthony Quirion and Anthony Meduri led to a run scored and a 1-0 advantage. Upper Valley starter Jordan DiValerio made the lead hold for a few innings before North Adams scored a single run in the fourth, fifth and seventh to grab a 3-2 lead. The right-hander went seven quality innings taking the no-decision, surrendering two earned, while striking out one. Ryan Parker, who threw the ninth prior to the comeback, earned the win without allowing a hit.
Upper Valley will return to action tomorrow at 6:30 p.m. as it travels to the Pine Tree State, visiting Goodall Park to face the Sanford Mainers for the first of two match-ups in three days. Mike Glennon will have all of the action covered on the NECBL Broadcast Network.