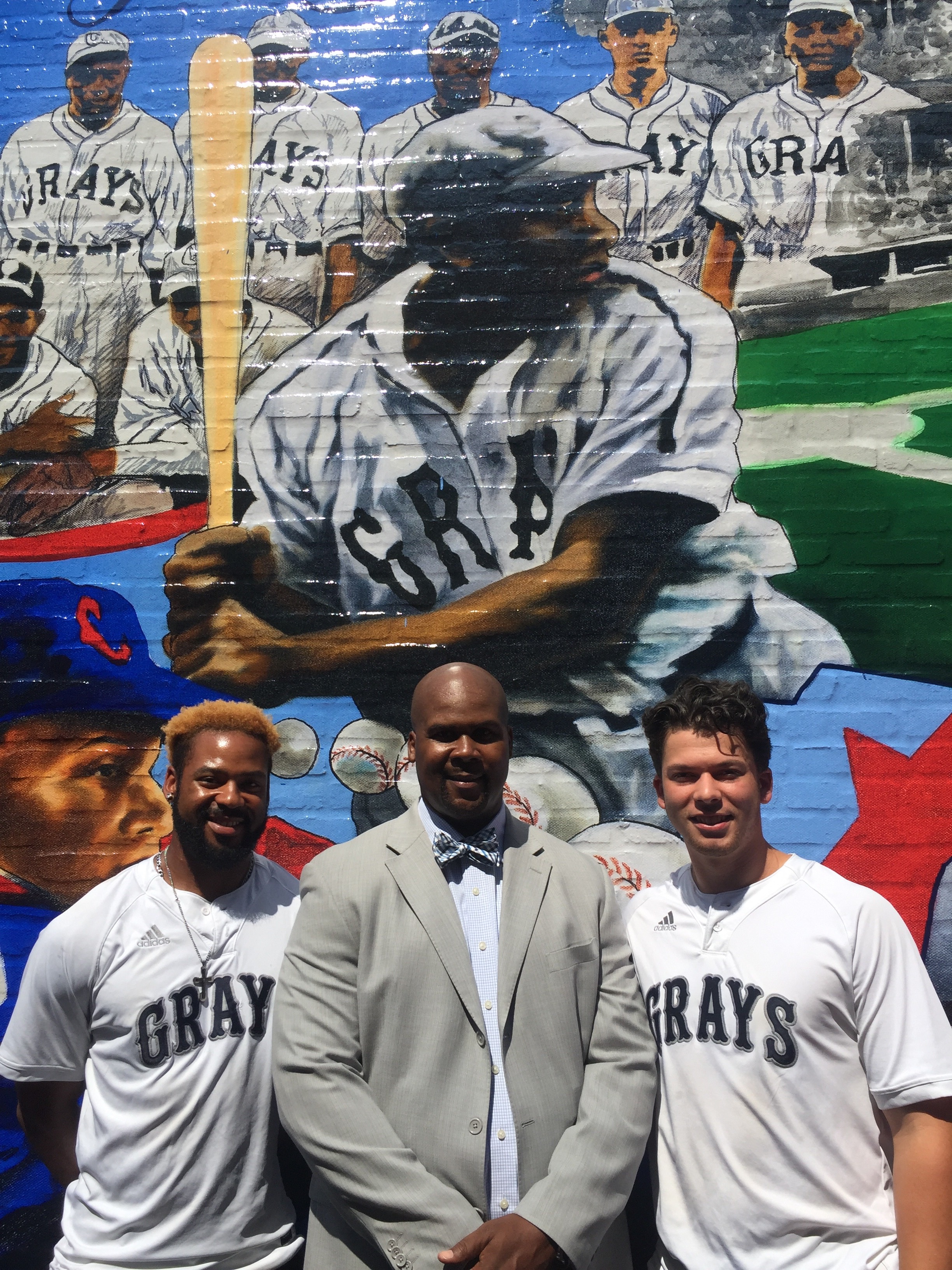 On Thursday, the DC Grays joined with Major League Baseball to salute legendary Homestead Grays catcher Josh Gibson, one of the greatest sluggers to ever pick up a bat.  MLB unveiled a mural of Gibson on the side of the Lincoln Theater, across from the original Ben’s Chili Bowl on U Street NW.

DC Grays players Jawan McAllister (Longwood University) and Ryan Shaw (University of Richmond) were on hand for the festivities at the request of Sean Gibson.  Gibson is Josh’s grandson and the executive director of the Josh Gibson Foundation.

The DC Grays are a proud member of the Cal Ripken Collegiate Baseball League – one of the premier wood bat summer college leagues in the U.S.

Josh Gibson, 12-time Negro League All-Star catcher, was the cleanup hitter for the Homestead Grays who played home games at Griffith Stadium in Washington D.C. The Grays won an unprecedented nine consecutive Negro National League pennants with Gibson behind the plate. Gibson went on to play with multiple clubs before retiring in 1946. In 1972, Gibson became the second Negro League player to be inducted in the National Baseball Hall of Fame.

Sean Gibson referenced the DC Grays in his remarks, and called McAllister and Shaw to the podium.  The Grays are named in honor of the Homestead Grays, and strive to honor the Grays’ legacy and their important place in the history of baseball in Washington, DC.  Then Grays host a Salute to Negro League Baseball each season, in partnership with the Hubert Simmons Negro League Museum in Owings Mills, MD.

“It was so great to see Jawan and Ryan at the event,” said Sean Gibson.  “The DC Grays are keeping the legacy alive in Washington, and I know that my grandfather and his teammates would love what the Grays are doing to honor the history of the Negro Leagues.”  Gibson and DC Grays Baseball President Mike Barbera are working on future ways the two groups can collaborate to celebrate the Grays and baseball in Washington.  The Josh Gibson Foundation is based in Pittsburgh, but will be working with the Grays to become more active in Washington, DC.