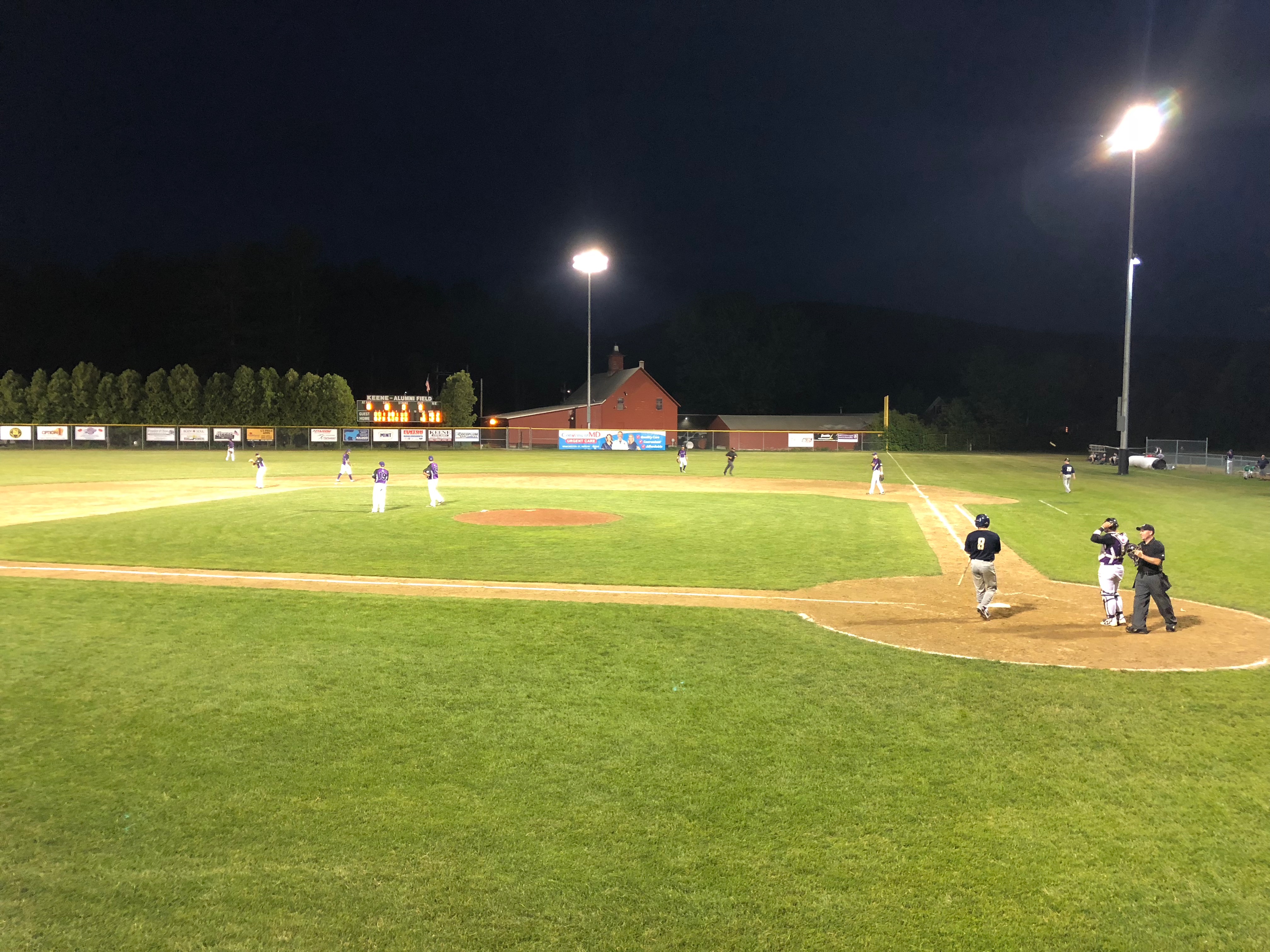 KEENE, N.H. - Scoring twice in the opening frame, the Upper Valley Nighthawks rode the early lead and held on to defeat the host Keene Swamp Bats 5-1 at Alumni Field on Wednesday evening. The Nighthawks have won their last two games and have evened up the season series – 2-2 – with the decider on July 26 at Keene.

With the win, Upper Valley improves to 15-13 overall, while Keene falls to 16-13. The two squads currently sit in third and fourth, respectively, in the NECBL Northern Division.

Chris Berry – following an impressive two-homer performance on Tuesday evening – continued to swing the bat well with a single to begin the game to center and a solo homer in the fifth. He tallied three hits out of the lead off spot.

Following Anthony Quirion’s base knock, Berry scored from second. Austin Wilhite, who reached after getting plunked moved to third on the single and scored on an error. Meanwhile, Quirion would tack on another hit and RBI as he led off the fourth with a home run.

Upper Valley finished its scoring in the top of the sixth as Anthony Meduri drove in Greg Hardison from third. The latter reached on a walk to kick off the frame.

Jordan DiValerio turned in a dominant performance on the bump, earning his first win as a starter in 2018. The Berwick, Pa. native dealt six strong innings, striking out six and allowing just one earned. Jordy Allard and A.J. Franklin combined to throw the final three innings without surrendering a run.

Upper Valley has an off day on Thursday before travelling to Laconia, N.H. for a 6:05 p.m. game against the Winnipesaukee Muskrats at Robbie Mills Park. If you can’t make it to the ballpark, Dan Stein and JR Bravo will have all of the action covered on the NECBL Broadcast Network.

The Nighthawks return home on Saturday, July 14, when they play host to the Sanford Mainers at 6:30 P.M. It will be Toy Tractor Giveaway Night, sponsored by Townline Equipment. The first 100 kids will receive a toy Kubota tractor, plus there will be real tractors on hand too!