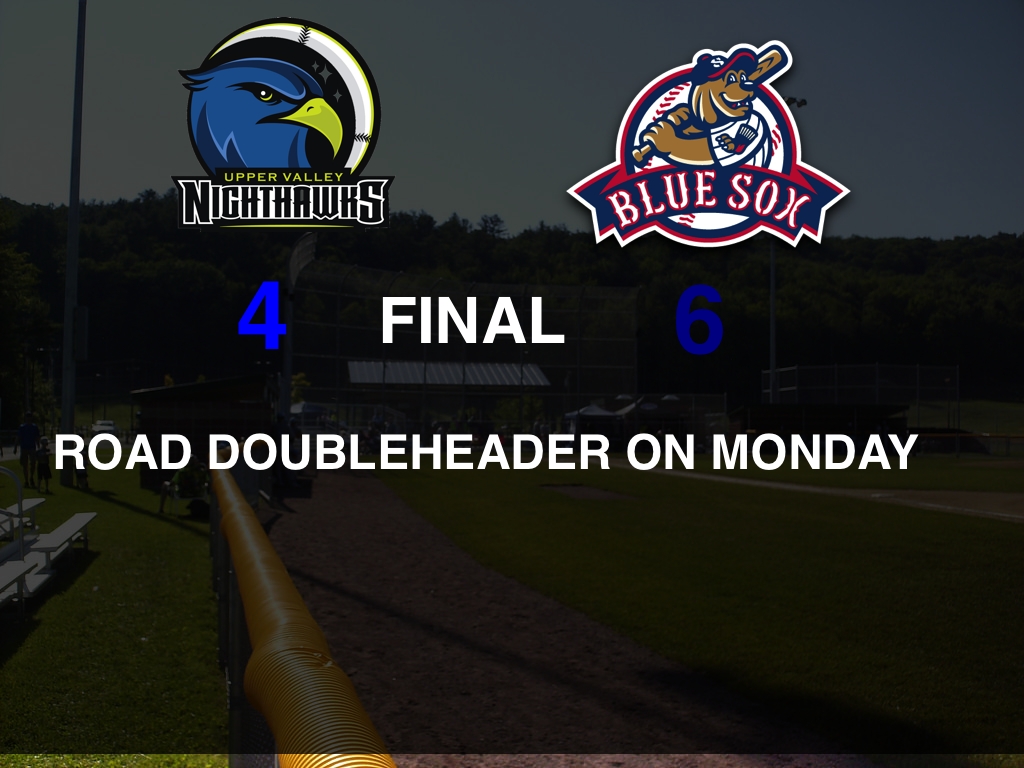 WHITE RIVER JUNCTION, Vt. —The Upper Valley Nighthawks jumped out on top early, but a nightmare 5th inning resulted in a 6-4 loss to the Valley Blue Sox at the Maxfield Sports Complex on Saturday evening.
Upper Valley got the scoring started in the bottom of the 1st inning, when Greg Hardison (UNC Greensboro) knocked in Drew Tipton (Arkansas State University) on an RBI single that gave the Nighthawks an early lead.
A Chris Berry (University of North Florida) sacrifice fly and an RBI knock from Eric Feliz (University of Notre Dame) plated two more runs for Upper Valley, and gave them a 3-0 lead after one inning of play.
The Nighthawks scraped across another run in the bottom of the 3rd inning, after Davis Mikell (Castleton University) was hit-by-pitch with the bases loaded, scoring Hardison from third base.
A productive 5th inning from the Valley offense erased Upper Valley’s lead, as the offensive charge was sparked by Andre Marrero's triple, which plated a pair of runs.
Just one batter later, Tyler Kapuscinski doubled to drive in a run, and bring the Blue Sox within one.
Jaron Robinson hit an RBI double to tie the game before a Freddie Landers groundout plated the go-ahead run, giving Valley a 5-4 lead over the Nighthawks after 5 innings.
The Blue Sox struck once again in the top of the 8th frame, when Marrero drove in Simon Whiteman to give Valley a 6-4 lead that they would hold onto.
Nighthawks’ starter Brody Lawson (UNC Wilmington) (L, 2-1) threw four innings, gave up five runs on eight hits and struck out six. AJ Franklin (Vanderbilt University) tossed two innings of relief, surrendering two hits and fanning one Blue Sox batter. Ryan Parker (University of West Georgia) hurled a one-hit inning before his college teammate Greyson McLeod replaced him from the bullpen. David Sampson (Plymouth State University) finished off the game on the bump for Upper Valley.
The Nighthawks (9-9) are off tomorrow before traveling to Newport for a doubleheader with the Gulls on Monday afternoon. Game 1 is scheduled for 3:30 P.M., with Game 2 following at approximately 6:35 P.M. Levi Thomas is listed as Upper Valley’s probable pitcher for the first contest.
Upper Valley returns home on Thursday, hosting the Keene Swamp Bats at 6:30 P.M. It will be Beach Night at the ballpark, where Maxfield Sports Complex will transform into a beach party. Expect everything except the ocean itself. Those attending in a Hawaiian shirt will get free admission!