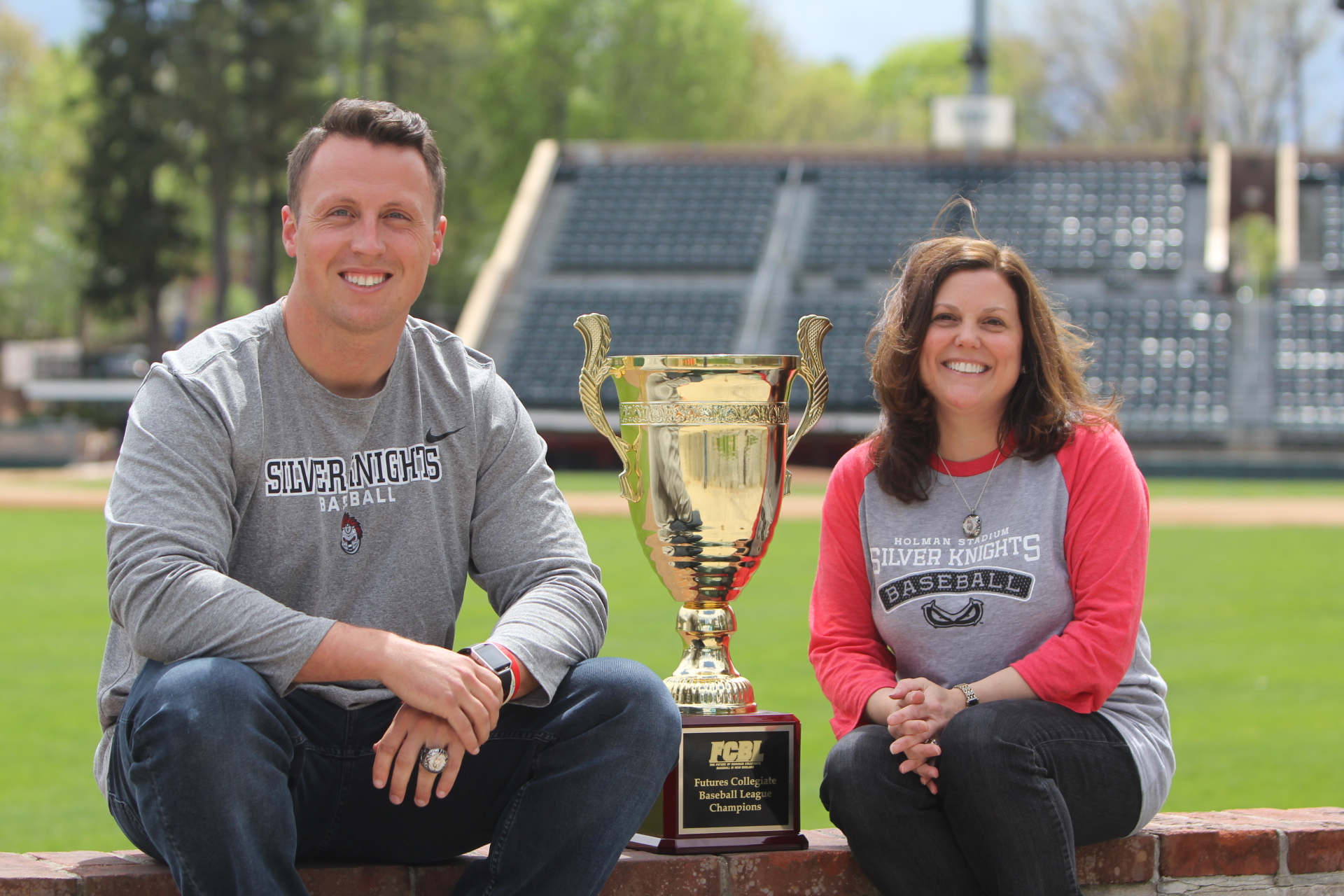 The following article was written by Tom King of the Nashua Telegraph in the November 2nd, 2017 edition.

NASHUA – The Nashua Silver Knights front office has been hit by the perfect storm.

Purely by coincidence in terms of timing, general manager Ronnie Wallace and assistant GM Cheryl Lindner have both resigned within days of each other.

Wallace received an offer to be a merchandiser with a local beverage distributorship, while Lindner was offered a vice president of operations job with a local non-profit agency. Both said the jobs were too good to pass up and are expected to officially leave the team at the end of next week.

“The difficult part was it happened at the same time,” Silver Knights owner Drew Weber said on Wednesday. “It was a total coincidence. … I hate losing people like this, but it’s the nature of the business.”

The move comes on the heels of the team coming off perhaps its best season of its seven-year existence on and off the field. The Knights came out of nowhere in the playoffs to win its second straight Futures Collegiate Baseball League title and set records in attendance and revenue.

Lindner gave her notice to Weber late last week, but didn’t tell Wallace because he was away at a friend’s wedding. When she told the GM on Monday, he laughed and gave her the same type of news.

“She gave me a look, and we both just stood there,” Wallace said. “For me personally, it was a matter of dollars. It’s a clear-cut career path, something I can do until I retire. But I certainly enjoyed everything I was doing here.”

“It was really the opportunity of a lifetime,” Lindner said. “You know how important my community service is to me. It’s been a whirlwind for us. So many mixed emotions. It’s been blood sweat and tears the last four seasons.”

Wallace was finishing up his fifth year as the team’s GM and was named the FCBL Executive of the Year in 2016. He said when he made his decision to leave, he felt he was leaving the franchise in good hands because he thought Lindnder was staying. So now the question is what does the franchise do moving forward? It was because of the work of both Wallace and Lindner that owner Drew Weber, who sold the affiliated Lowell Spinners a couple of years ago but held on to the Knights, was able to basically leave things in their hands while he lived in the New York city area.

Weber said both Wallace and Lindner are helping to put him in contact with possible replacements. “We’ve got people lined up to interview already,” Weber said. “We’re keeping tabs on people, and have a lot of calls in already.”

Weber said he’d likely split up Lindner’s position into two jobs, as she did both the bookkeeping for the franchise as well as sales. It’s possible, all involved have said, that the third full time front office member, ticket manager Brian Anderson, could be a candidate for one of the positions.

Weber said that he needs to obviously make sure the replacements will maintain the organization’s good fortune. The team lost vice presidents Tim Bawmann and Jon Goode two years ago when its sister franchise in Lowell was sold, but still was able to thrive because of the job Wallace and Lindner did.

“I think that’s very important,” Weber said. “We’ll make sure that’s continued. People do things in different ways. You just don’t replace (Wallace and Lindner), you find people with different talents, and there’s no question they will be people that can do a lot for the team.”

“We’ve both been recommending names,” Wallace said. “Quite a bit of names. People with extensive experience in the game.”

Wallace said that he’s been in contact with corporate sponsors, etc. to make sure that their relationships with the franchise will continue.